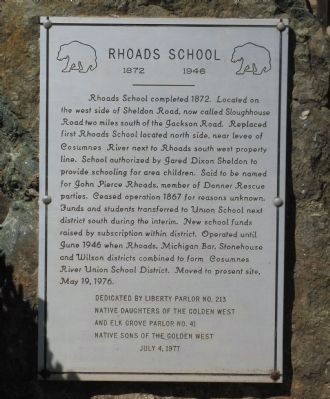 Topics and series. This historical marker is listed in these topic lists: Education • Notable Buildings 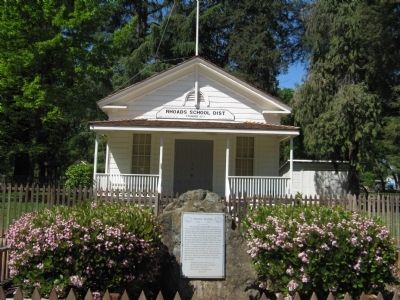 Click or scan to see
this page online
• Settlements & Settlers. In addition, it is included in the Native Sons/Daughters of the Golden West series list. A significant historical month for this entry is May 1775.

Location. 38° 23.792′ N, 121° 22.426′ W. Marker is in Elk Grove, California, in Sacramento County. Marker is located in the parking area in front of the school on the grounds of Elk Grove Community Park. Touch for map. Marker is at or near this postal address: 9941 East Stockton Boulevard, Elk Grove CA 95624, United States of America. Touch for directions.

Additional commentary.
1. School History
The current day Rhoades School is the smallest elementary school in Elk Grove Unified, but it must also be credited with being the oldest school because 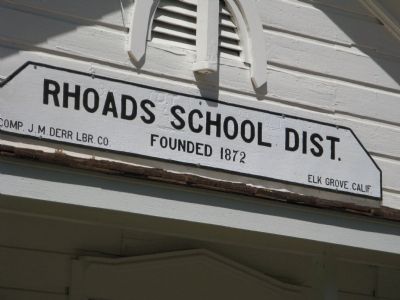 Photographed By Syd Whittle, April 17, 2009
3. Rhoads School
it stands near the site of the first real school, the original Rhoads School. This school was built by Jared Dixon Sheldon on the Cosumnes River in the 1840s. It was replaced by the new Rhoads School, constructed in 1872. That's the little school that sits today in Elk Grove Park. In the fast paced gold days when miners filled the banks of the Cosumnes, there were many school districts formed to provide education for the children of the families that followed the gold. Districts and their schools named Sebastopol, Katesville, and Live Oak ceased to exist after 1883, but Michigan Bar, Wilson, and Stone House operated until 1947 when they merged as the Cosumnes River Elementary, Rhoads School closed the next year and joined the consolidation. The Cosumnes name is believed to come from ko-sum, a Miwok Indian word for salmon.
Source: Elk Grove Unified School District -- http://www.egusd.k12.ca.us/schools/cosumnes.cfm
— Submitted April 17, 2009, by Syd Whittle of Mesa, Arizona. 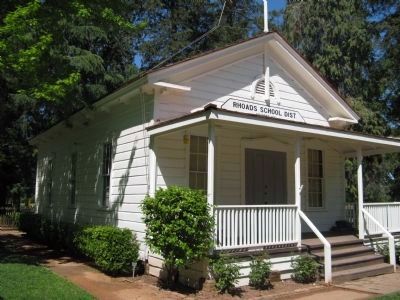 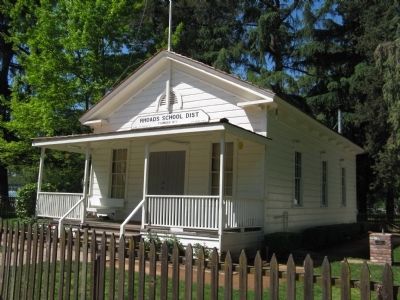 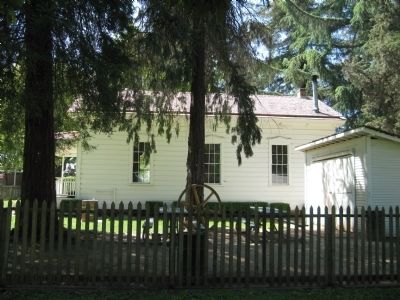 Photographed By Syd Whittle, April 17, 2009
6. North Side of Schoolhouse 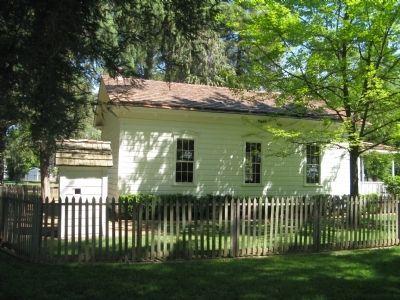 Photographed By Syd Whittle, April 17, 2009
7. South Side of Schoolhouse 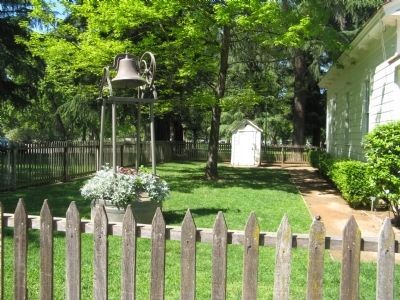 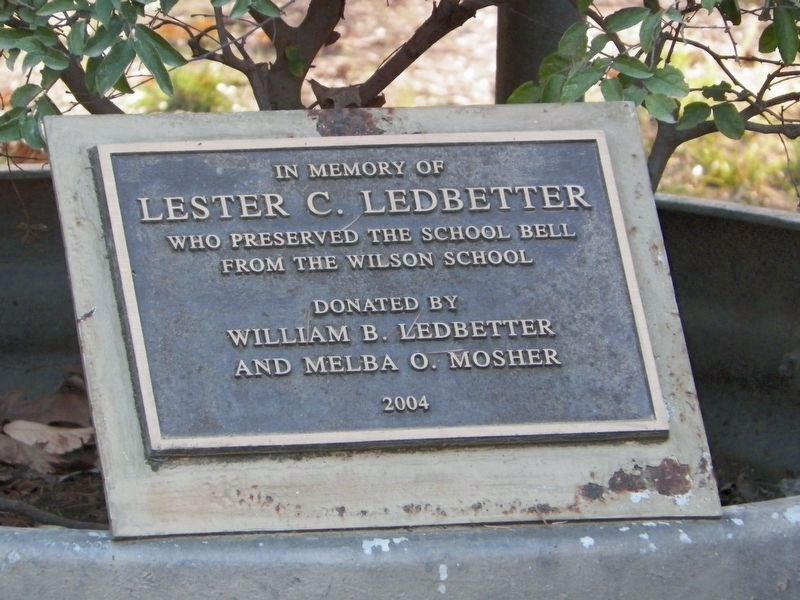 Photographed By James King, October 10, 2016
9. Wilson School Bell Marker
This marker is at the base of the school bell. 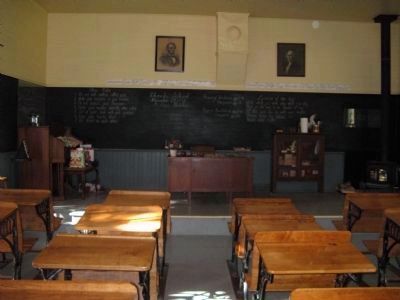 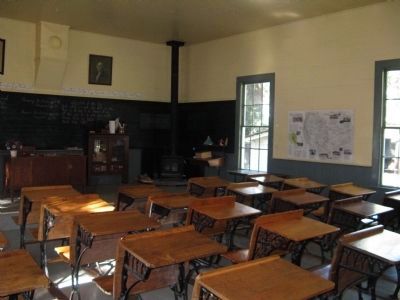 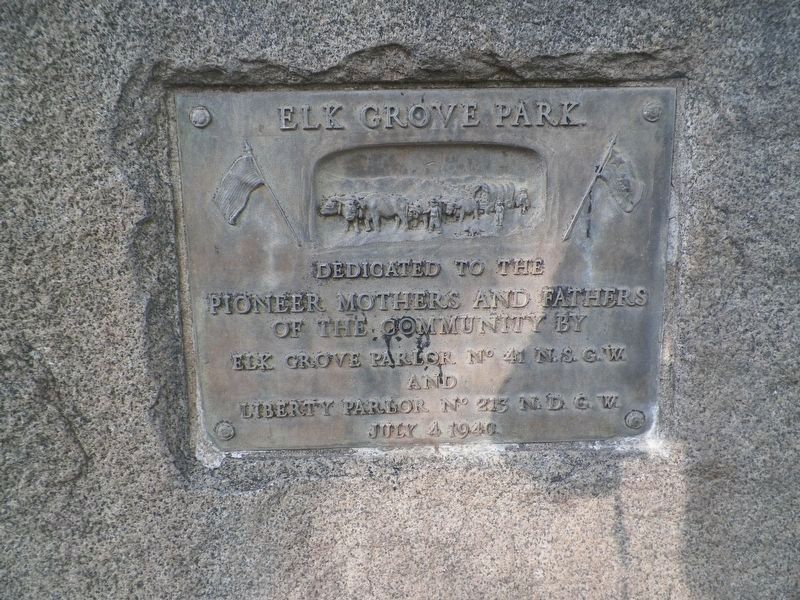 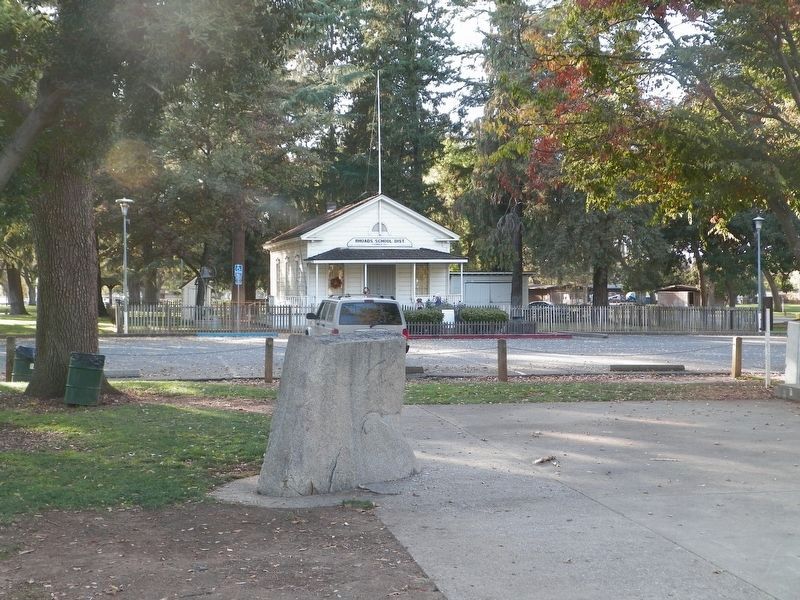