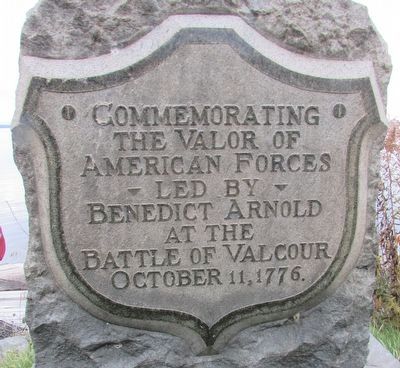 By Bill Coughlin, November 9, 2018
1. Battle of Valcour Marker
Inscription.
Battle of Valcour. .
Commemorating the valor of American Forces - led by - Benedict Arnold at the Battle of Valcour October 11, 1776. . This historical marker was erected in 1928. It is in Peru in Clinton County New York

Commemorating
the valor of
American Forces
- led by -
Benedict Arnold
at the
Battle of Valcour
October 11, 1776

Topics. This historical marker is listed in this topic list: War, US Revolutionary. A significant historical date for this entry is October 11, 1776.

Location. 44° 37.14′ N, 73° 26.683′ W. Marker is in Peru, New York, in Clinton County. Marker is on U.S. 9, on the right when traveling north. The marker was moved from its previous location to the Peru Boat Ramp. The marker sits along the north side of the boat launch just east of the parking lot. Touch for map. Marker is in this post office area: Peru NY 12972, United States of America. Touch for directions. 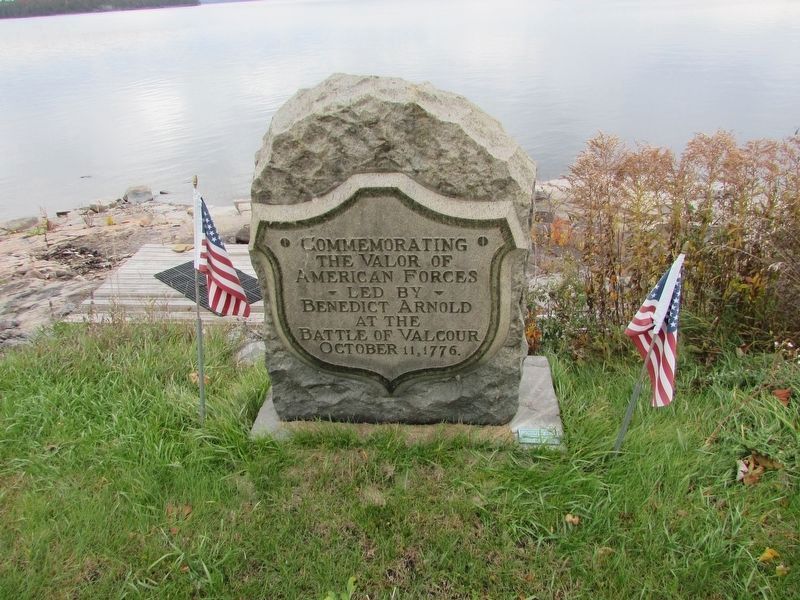 By Bill Coughlin, November 9, 2018
2. Battle of Valcour Marker
On October 11, 1776, Gen. Benedict Arnold commanded a fleet of ships that engaged a British fleet under Gen. Guy Carleton that was sailing from Canada towards American held Crown Point and Fort Ticonderoga. While most of the American fleet was lost, the battle delayed the British long enough for them to abandon their invasion plans for another year. 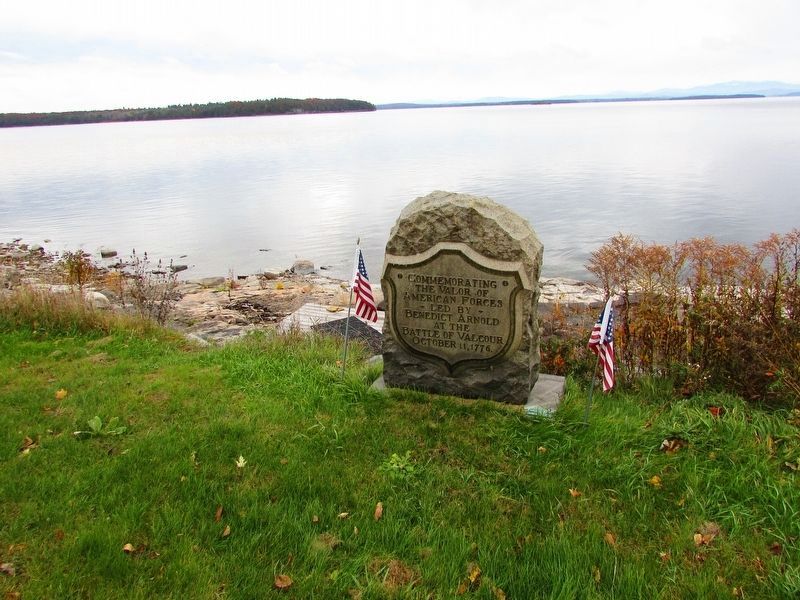 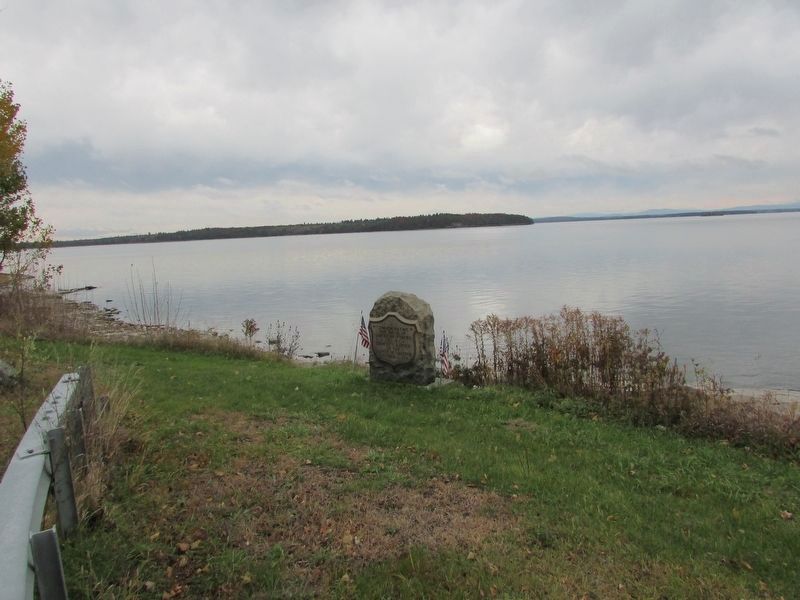