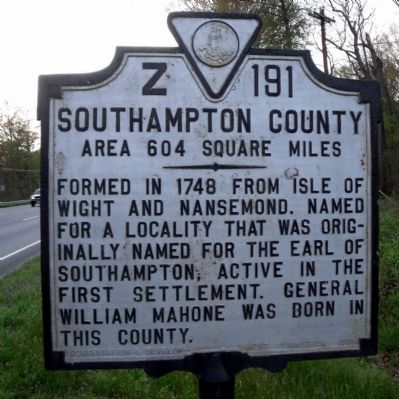 Southampton County. Area 604 Square Miles. Formed in 1748 from Isle of Wight and Nansemond. Named for a locality that was originally named for the Earl of Southampton, active in the first settlement. General William Mahone was born in this county.

Isle of Wight County. Area 314 Square Miles. One of the original shires formed in 1634. Its name was at first Warrascoyack, changed in 1637 to Isle of Wight. One of the oldest churches in the United States is in this county.

Topics and series. This historical marker is listed in this topic list: Political Subdivisions. In addition, it is included in the Virginia Department of Historic Resources series list. A significant historical year for this entry is 1748. 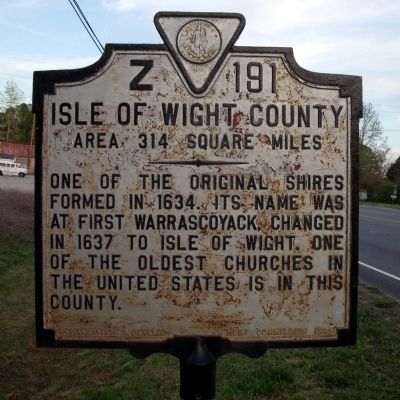 Click or scan to see
this page online
. Marker is at or near this postal address: 5264 Zuni Cir, Zuni VA 23898, United States of America. Touch for directions. 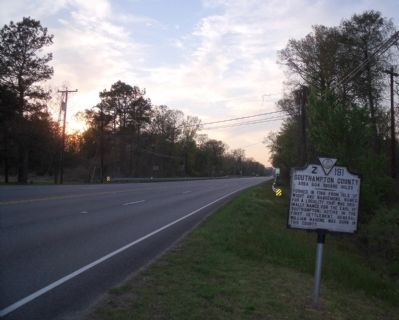