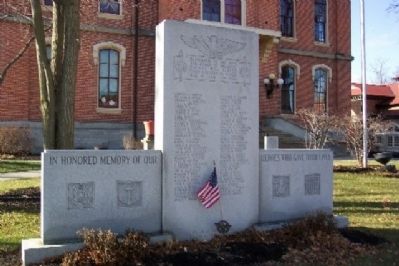 Erected 1949 by The Grateful Citizens of Delaware County.

Location. 40° 18.102′ N, 83° 4.067′ W. Marker is in Delaware, Ohio, in Delaware County. Memorial is on Sandusky Street, on the left when traveling north. Memorial is on the east grounds of the county courthouse, near the intersection of N. Sandusky Street and Central Avenue. Touch for map. Marker is in this post office area: Delaware OH 43015, United States of America. Touch for directions. 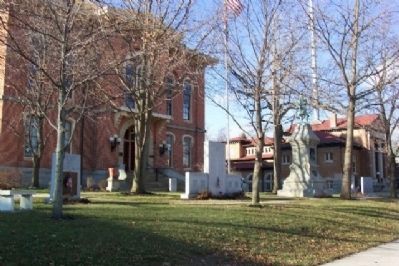