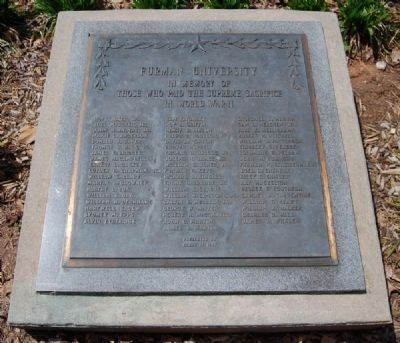 Location. 34° 55.2′ N, 82° 26.317′ W. Marker is in Greenville, South Carolina, in Greenville County. Marker is on Cherrydale Avenue, on the right when traveling north. Monument is located in Childers Plaza on the campus of Furman University. Touch for map. Marker is in this post office area: Greenville SC 29617, United States of America. Touch for directions.