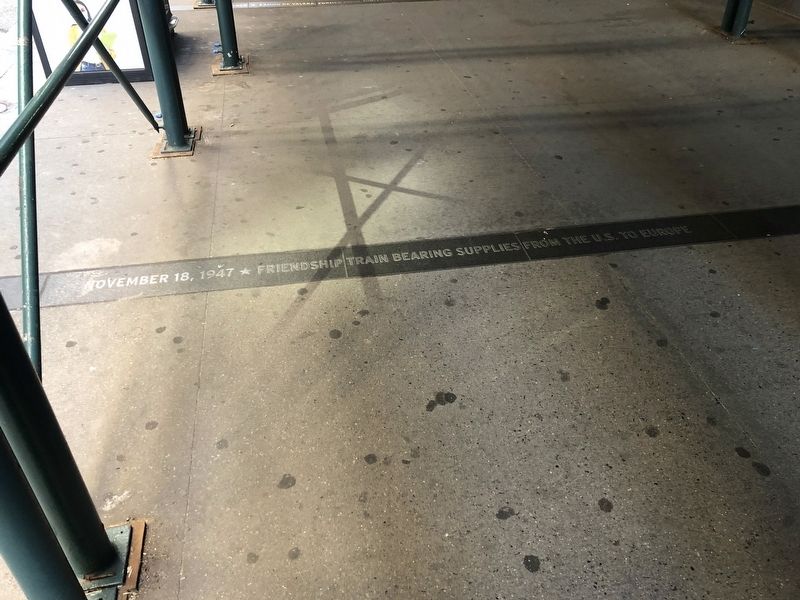 Friendship Train bearing supplies from the U.S. to Europe

Topics and series. This historical marker is listed in these topic lists: Charity & Public Work • Peace • Railroads & Streetcars. In addition, it is included in the New York, Broadway - The Canyon of Heroes series list. A significant historical date for this entry is November 18, 1947.