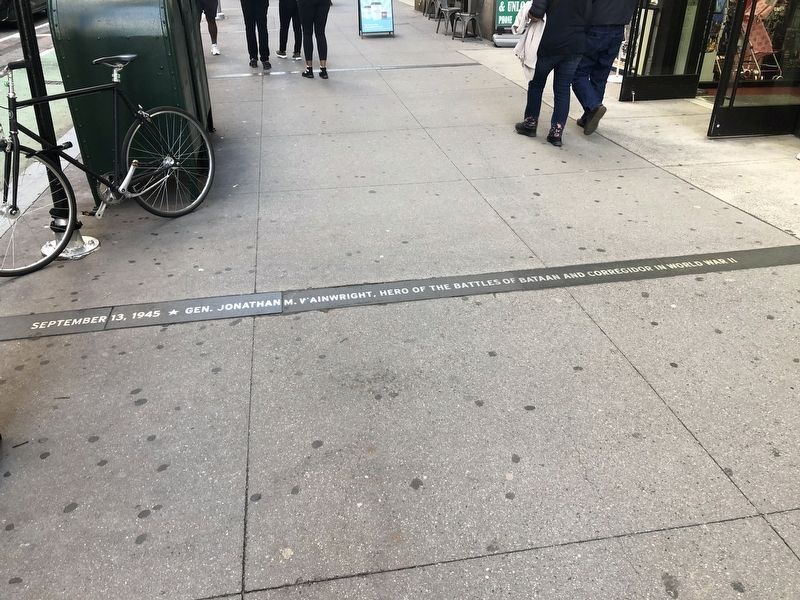 Gen. Jonathan M. Wainwright, hero of the Battles of Bataan and Corregidor in World War II

Topics and series. This memorial is listed in these topic lists: Heroes • War, World II. In addition, it is included in the New York, Broadway - The Canyon of Heroes series list.