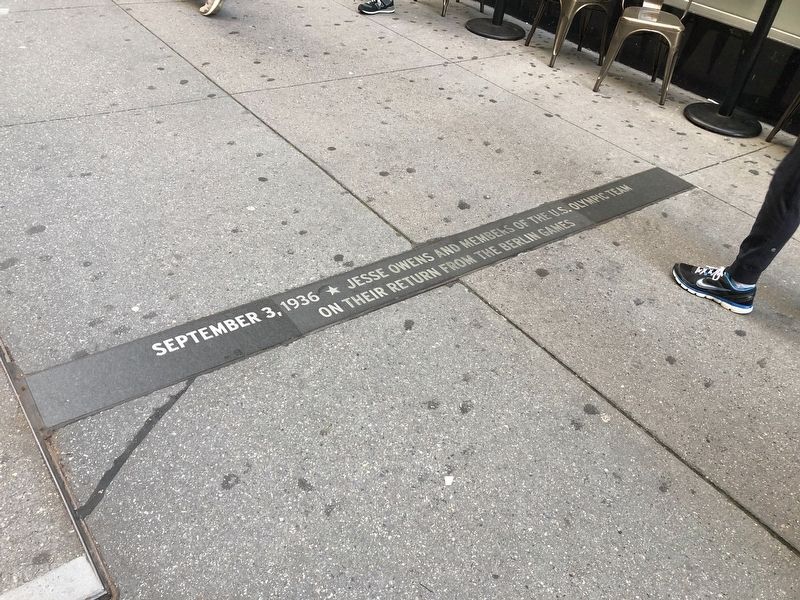 By Devry Becker Jones, October 1, 2021
1. September 3, 1936 Marker
Inscription.
September 3, 1936. ★. , Jesse Owens and members of the U.S. Olympic Team on their return from the Berlin Games . This historical marker is in New York in New York County New York

Jesse Owens and members of the U.S. Olympic Team on their return from the Berlin Games

Topics and series. This historical marker is listed in these topic lists: African Americans • Sports. In addition, it is included in the New York, Broadway - The Canyon of Heroes series list.