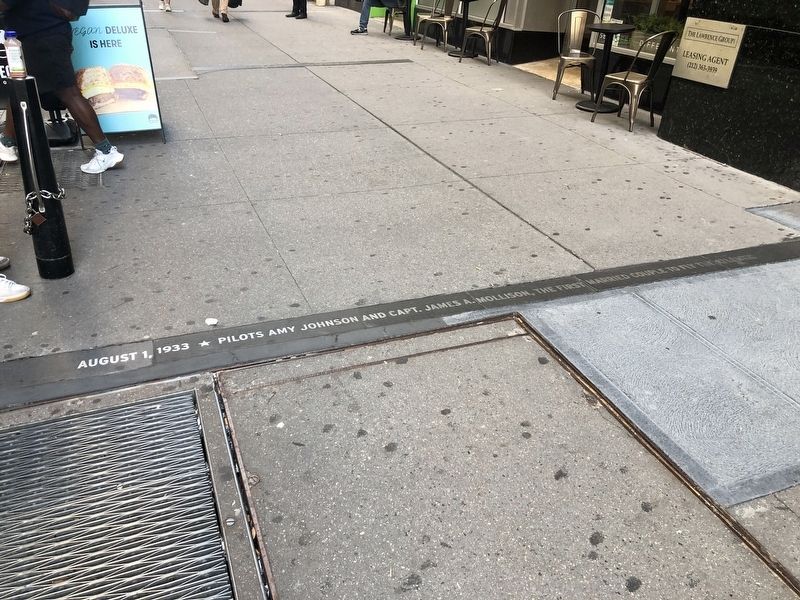 Pilots Amy Johnson and Capt. James A. Mollison, the first married couple to fly the Atlantic

Topics and series. This historical marker is listed in this topic list: Air & Space. In addition, it is included in the New York, Broadway - The Canyon of Heroes series list. A significant historical date for this entry is August 1, 1933.