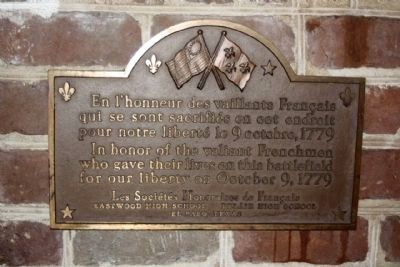 Photographed By Mike Stroud, April 10, 2009
1. Battle of Savannah Marker
Inscription.
In honor of the valiant Frenchmen who gave their lives on this battlefield for our freedom on 9 October, 1779, . This historical marker was erected by Eastwood High School, Belair High School, El Paso, Texas. It is in Savannah in Chatham County Georgia