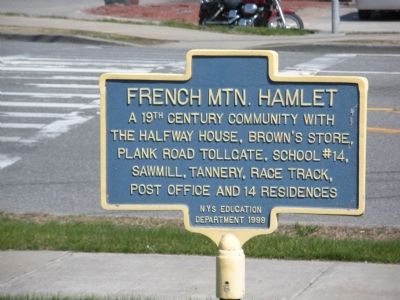 Topics and series. This historical marker is listed in these topic lists: Notable Places • Settlements & Settlers. In addition, it is included in the Postal Mail and Philately series list.

Location. 43° 22.15′ N, 73° 41.9′ W. Marker is in Lake George, New York, in Warren County. Marker is on Lake George Road (U.S. 9), on the right when traveling south. Marker is located on west side of Route 9 directly across from the intersection of State Route 149 (Farm to Market Road). This is the start of a section of highway with mini malls on both sides, "Million Dollar Half Mile.". Touch for map. Marker is in this post office area: Lake George NY 12845, United States of America. Touch for directions.

Other nearby markers. At least 8 other markers are within 2 miles of this marker, measured as the crow flies. Military Road (about 600 feet away, measured in a direct line); Col. Williams Monument (approx. 0.4 miles away); Colonel Ephraim Williams, Jr. 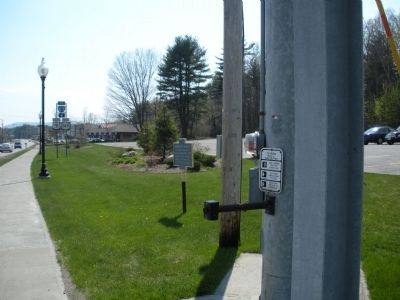 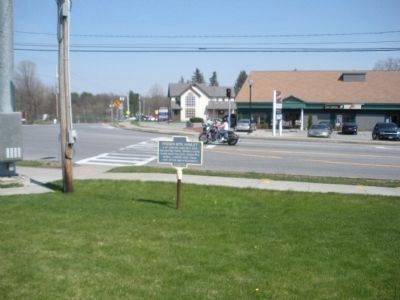 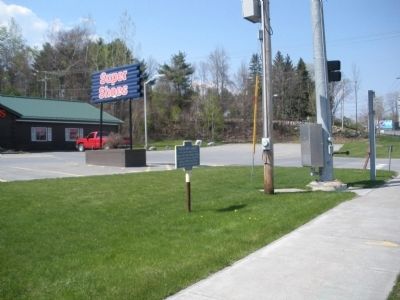