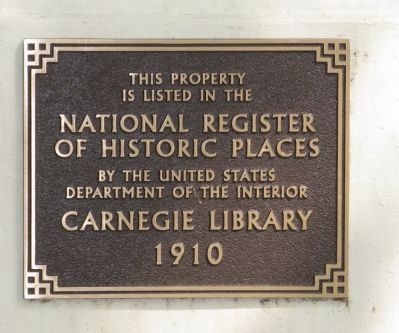 This property is listed in the National Register of Historic Places by the United States Department of the Interior.
Carnegie Library, 1910.

Erected 1988 by United States Department of the Interior.

Topics and series. This historical marker is listed in these topic lists: Education • Notable Buildings. In addition, it is included in the Carnegie Libraries series list. A significant historical year for this entry is 1910.

Location. 37° 0.467′ N, 121° 34.304′ W. Marker is in Gilroy, California, in Santa Clara County. Marker is at the intersection of Fifth Street and Church St when traveling west on Fifth Street. Touch for map. Marker is at or near this postal address: 195 Fifth St, Gilroy CA 95020, United States of America. Touch for directions. 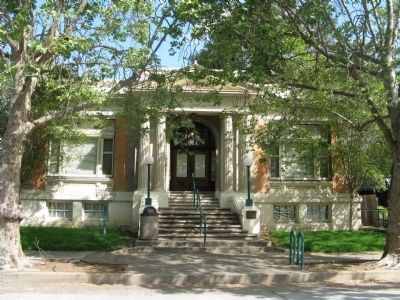 Photographed By Syd Whittle, April 25, 2009
2. Gilroy Carnegie Library Building and Marker
Marker can be seen under the right lamp post.

More about this marker. This site was placed on the National Register of Historic Places on 06/23/1988

Regarding Gilroy Carnegie Library. This Carnegie library was the first of William H. Weeks' seven "classic Carnegies" of the Greek temple style. It is now the site of the Gilroy History Museum. 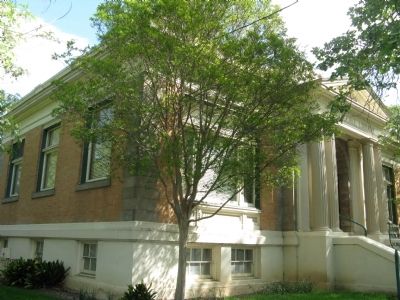 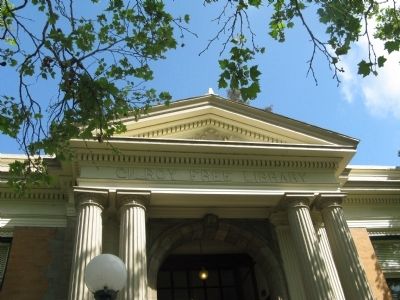 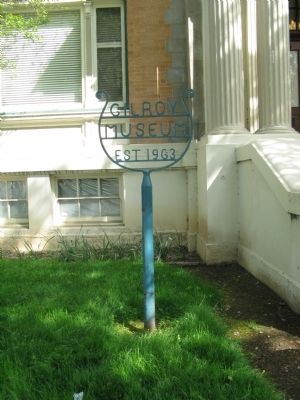 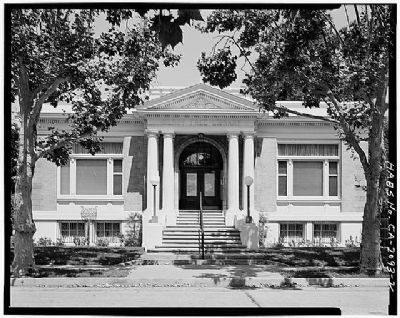