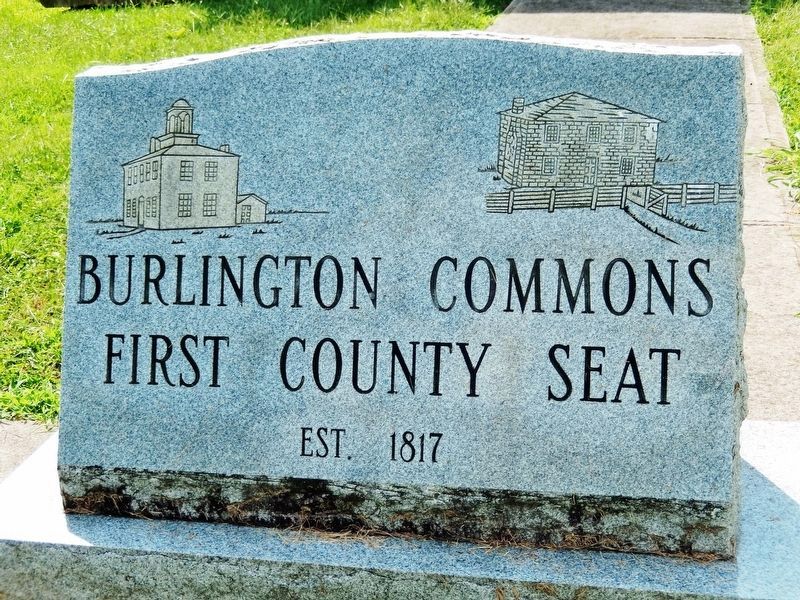 Topics. This historical marker is listed in this topic list: Settlements & Settlers. A significant historical year for this entry is 1817. 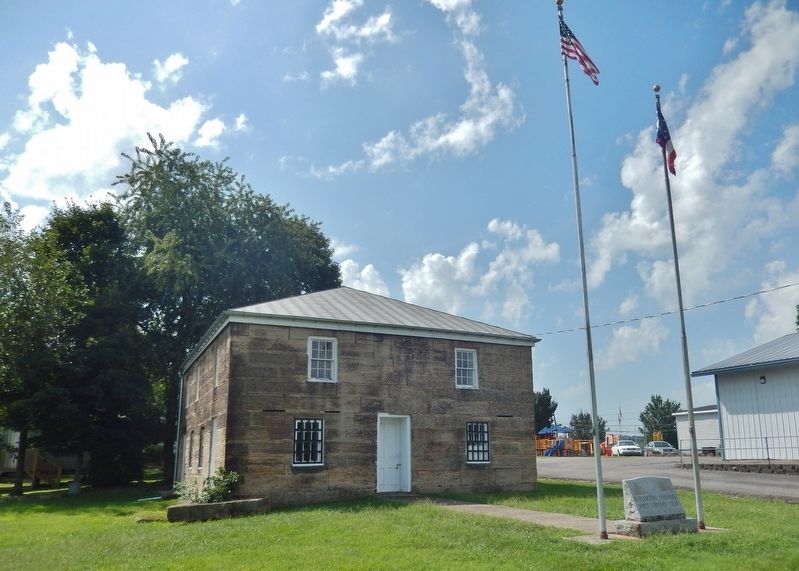 Click or scan to see
this page online
Shortly after Lawrence County was organized by Capt. James Lawrence of Burlington, N.J., in 1816, a courthouse and jail were erected and a park laid out at Burlington. John C. Sperry built the stone jail at Burlington after the log jail burned down. When the jail was built the village was a thriving community having four stores, an academy, two churches, a newspaper printing office, and between 40 to 60 dwellings. The courthouse was torn down some years ago. Only the jail building stands in what was once the historic square in the little village of Burlington.

Also see . . .  Lawrence County, Ohio. Wikipedia entry:
Lawrence County was formed on December 20, 1816 from parts of Gallia and Scioto counties, with the county seat named as Burlington. When first settled, Lawrence County was rich in natural resources such as iron, timber, coal, natural gas, oil, and salt. By the beginning of the twentieth century, many of these had been depleted by resource extraction and industrial development. In 1851 the county seat was moved from Burlington to Ironton. (Submitted on November 8, 2021, by Cosmos Mariner of Cape Canaveral, Florida.) 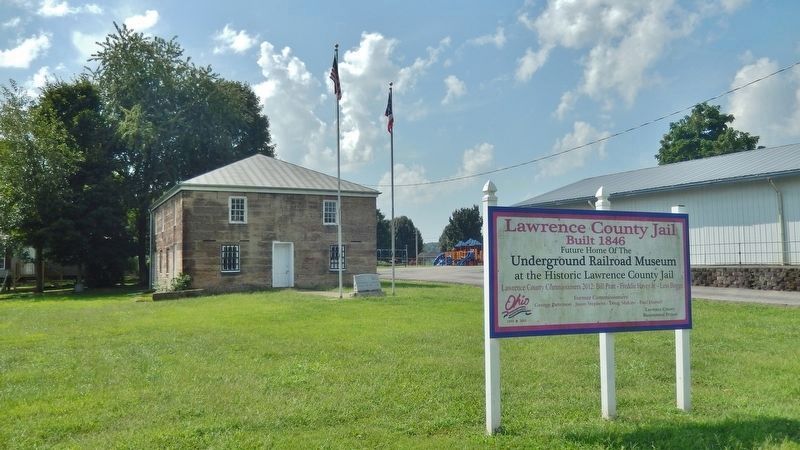 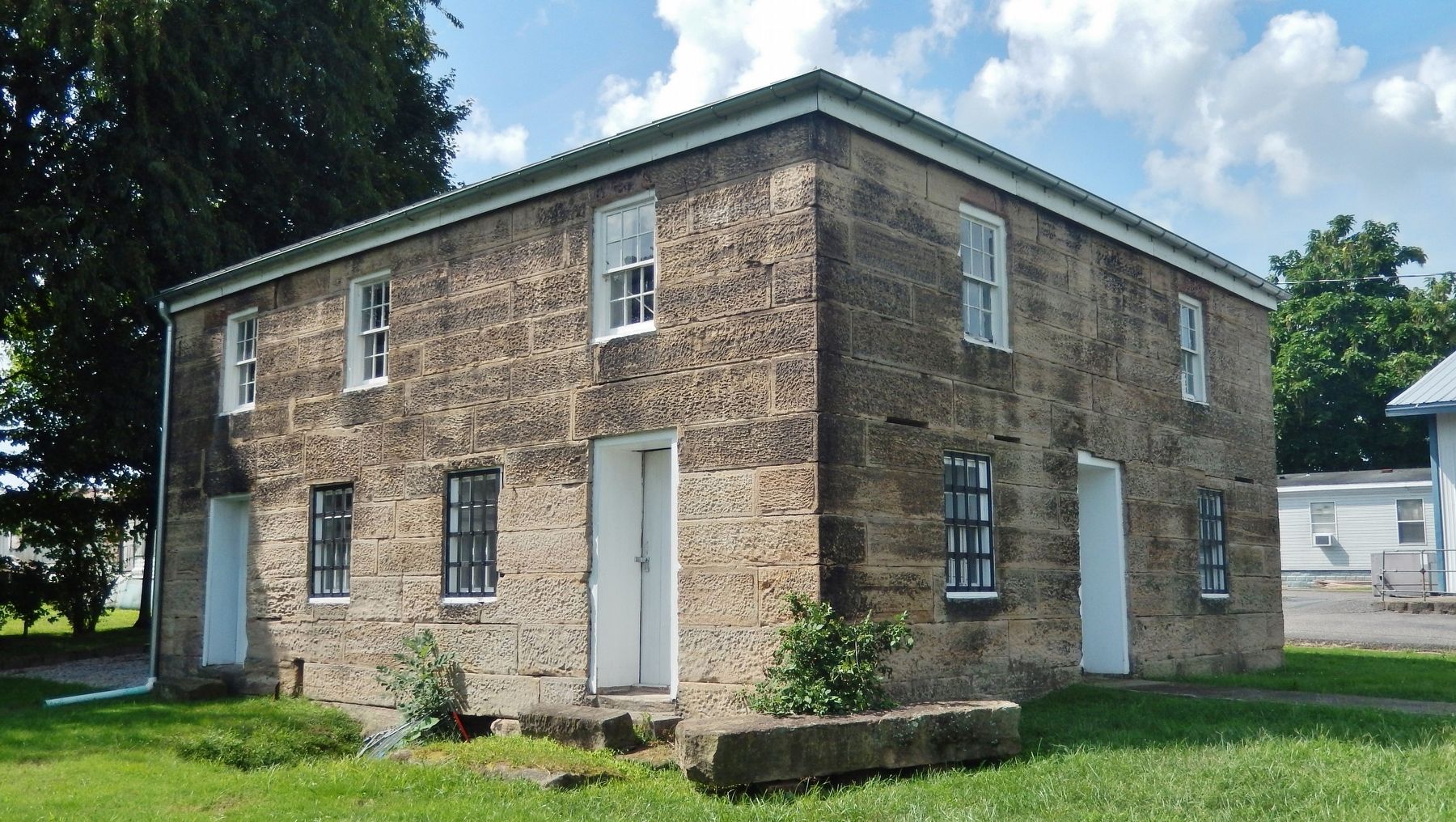