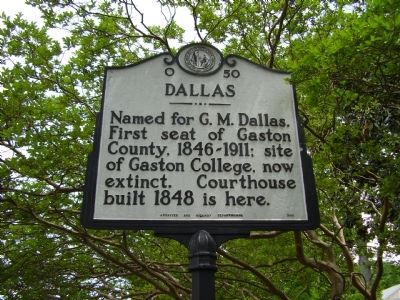 Photographed By Stanley and Terrie Howard, May 2, 2009
1. Dallas Marker
Inscription.
Dallas. . Named for G.M. Dallas. First seat of Gaston County, 1846-1911; site of Gaston College, now extinct. Courthouse built 1848 is here. . This historical marker was erected in 1956 by Archives and Highway Departments. It is in Dallas in Gaston County North Carolina

Topics and series. This historical marker is listed in these topic lists: Education • Settlements & Settlers. In addition, it is included in the North Carolina Division of Archives and History series list. A significant historical year for this entry is 1848. 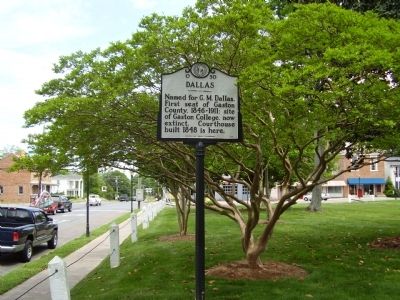 Photographed By Stanley and Terrie Howard, May 2, 2009
2. Dallas Marker 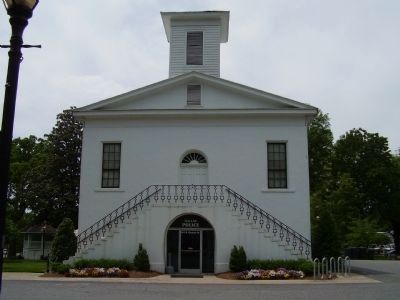