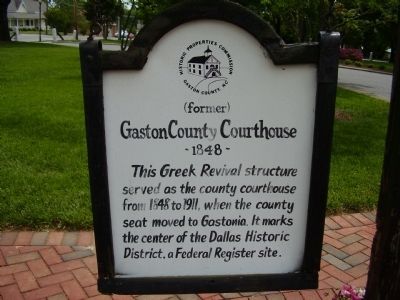 This Greek Revival structure served as the county courthouse from 1848 to 1911, when the county seat moved to Gastonia. It marks the center of the Dallas Historic District, a Federal Register site. 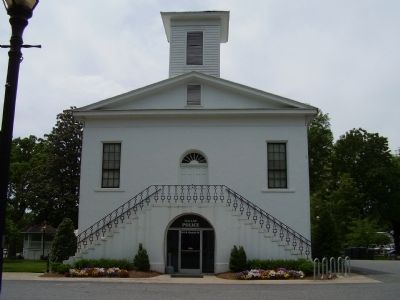