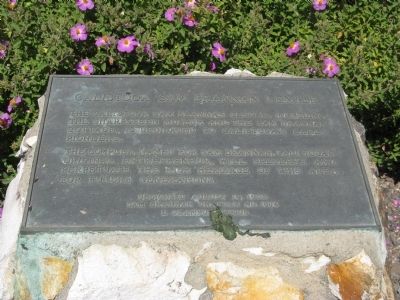 The Calistoga Sam Brannan center, including the Sharpsteen Museum and the Sam Brannan Cottage, is dedicated to Calistoga’s early pioneers.

The complex, named for Sam Brannan, Calistoga’s original entrepreneur, will preserve and perpetuate the rich heritage of this area for future generations.

Topics and series. This historical marker is listed in these topic lists: Industry & Commerce • Landmarks • Notable Buildings • Notable Places • Settlements & Settlers. In addition, it is included in the California Historical Landmarks, and the E Clampus Vitus series lists. A significant historical year for this entry is 1978. 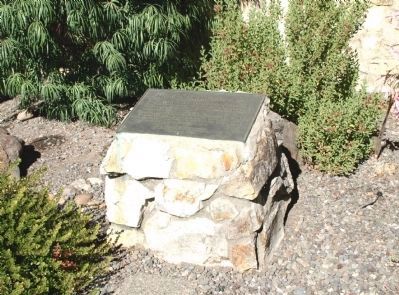 Click or scan to see
this page online
the Sharpsteen Museum building. Touch for map. Marker is at or near this postal address: 1311 Washington Street, Calistoga CA 94515, United States of America. Touch for directions.

Regarding Calistoga Sam Brannan Center. This site was designated as California Registered Historical Landmark No.685 on July 31,1959.

Statement of Significance:
Sam Brannan arrived in Napa Valley in the late 1850s with the dream of making it the 'Saratoga of California.' In 1866 cottages were built and palm trees planted in preparation for the grand opening of the resort. This is the only cottage still standing. 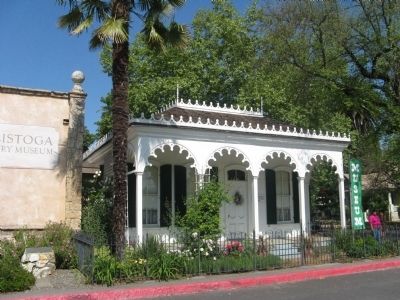 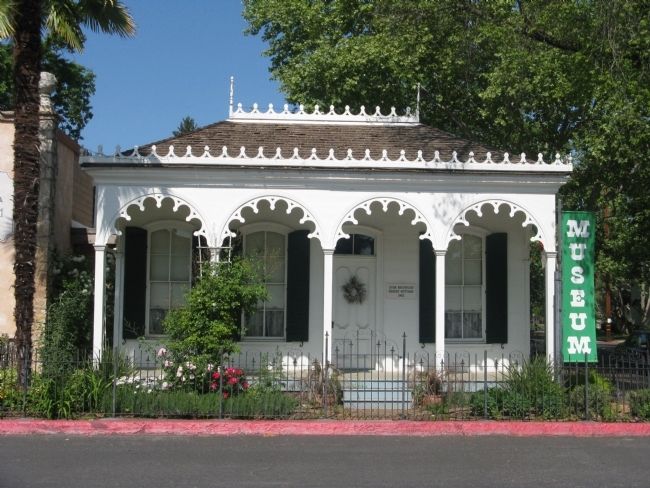 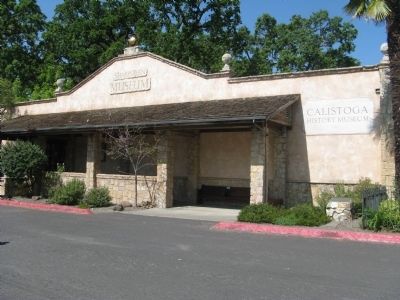