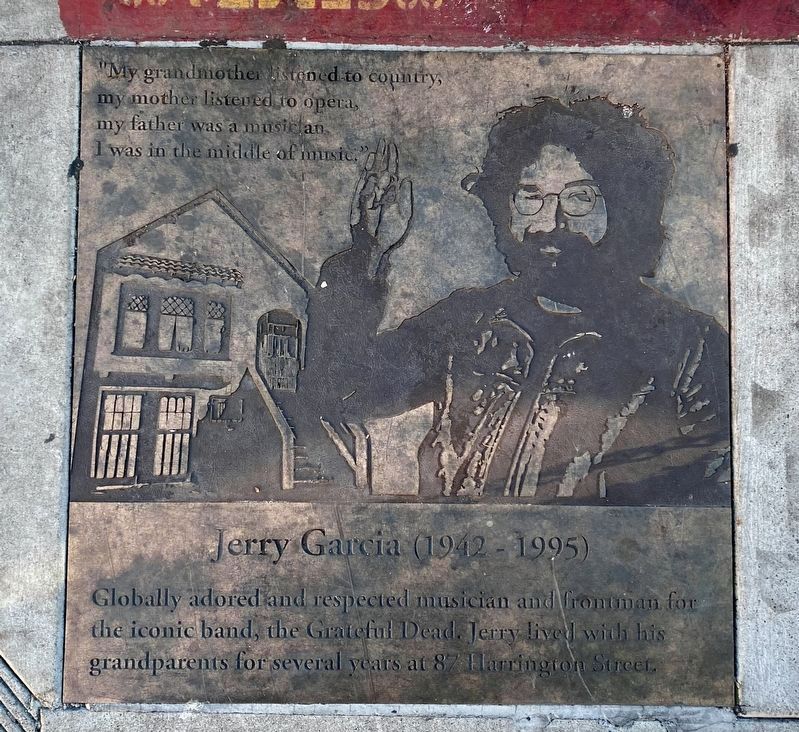 Photographed By Andrew Ruppenstein, November 24, 2021
1. Jerry Garcia (1943-1995) Marker
Inscription.
Jerry Garcia (1942-1995). . "My grandmother listened to country, my mother listened to opera, my father was a musician, I was in the middle of music", Globally adored and respected musician and frontman for the iconic band, the Grateful Dead, Jerry lived with his grandparents for several years at 87 Harrington Street. . This historical marker was erected in 2017. It is in San Francisco in San Francisco City and County California

Globally adored and respected musician and frontman for the iconic band, the Grateful Dead, Jerry lived with his grandparents for several years at 87 Harrington Street.

Topics. This historical marker is listed in these topic lists: Arts, Letters, Music • Entertainment. A significant historical date for this entry is August 1, 1942. 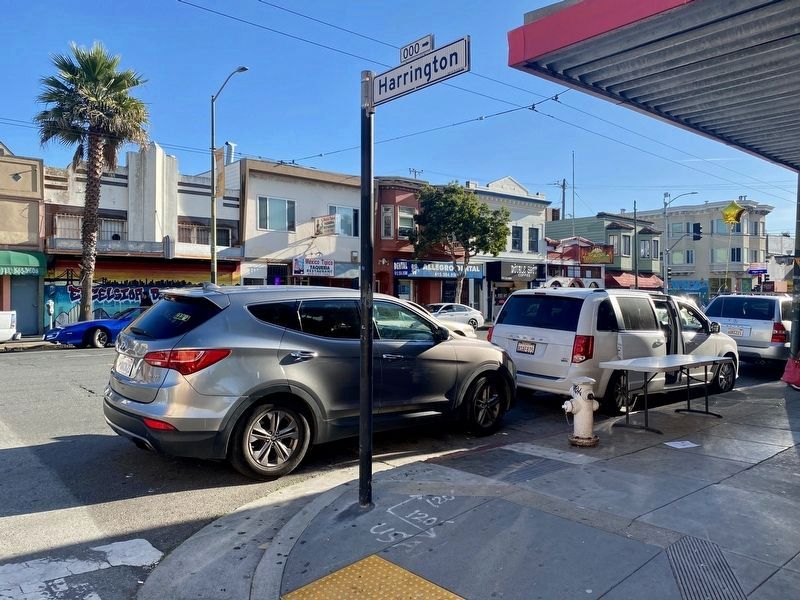 Photographed By Andrew Ruppenstein, November 24, 2021
2. Jerry Garcia (1942-1995) Marker - wide view
The marker is visible here embedded in the sidewalk between the street sign and the fire hydrant. To be clear, Jerry Garcia did not live here near the street corner, but rather a bit up the block, just a short walk away.

"Jerome John Garcia (August 1, 1942 – August 9, 1995) was an American guitarist, singer and songwriter, best known for being a principal songwriter, the lead guitarist and a vocalist with the rock band the Grateful Dead, of which he was a founding member and which came to prominence during the counterculture of the 1960s. Although he disavowed the role, Garcia was viewed by many as the leader of the band."

2. Scarlet Begonias (YouTube, studio version, audio only). "...Once in a while you get shown the light in the strangest of places if you look at it right" (Submitted on November 25, 2021.) 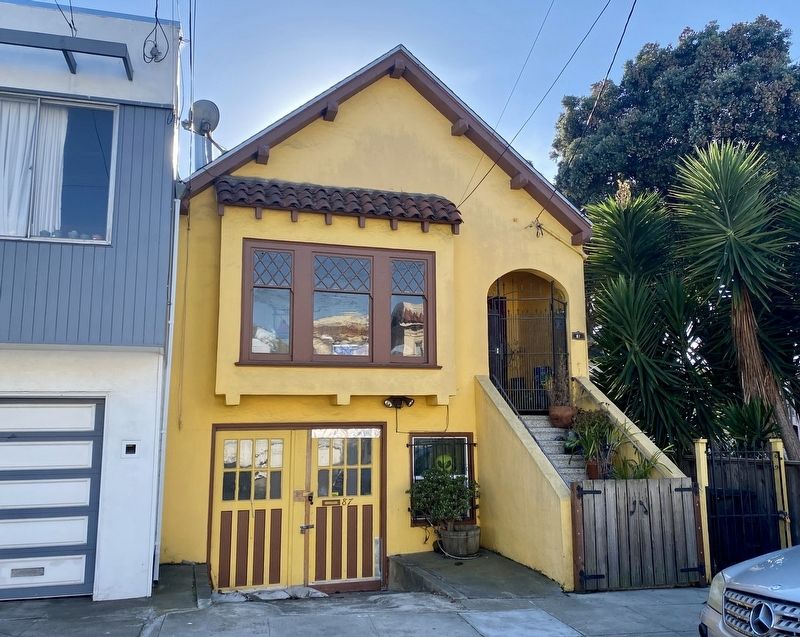 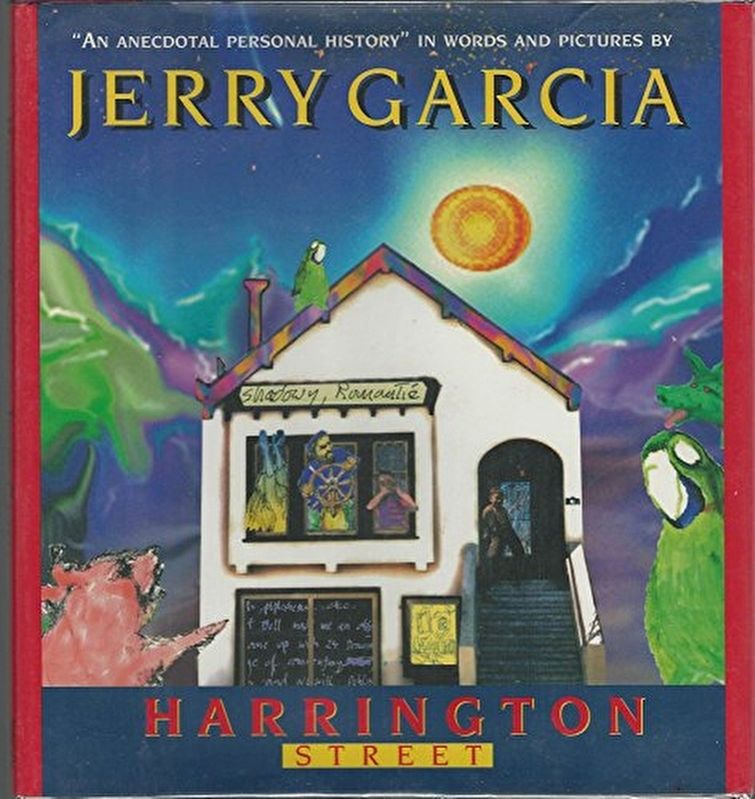