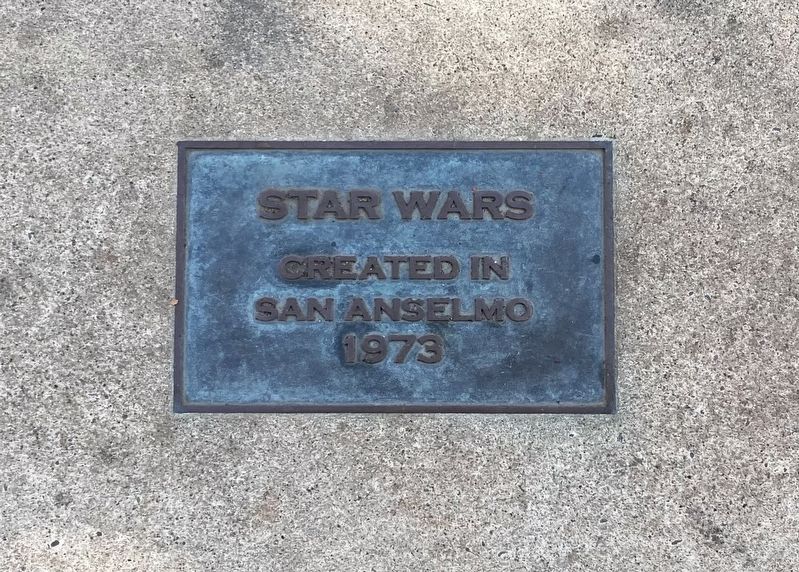 Topics. This historical marker is listed in these topic lists: Arts, Letters, Music • Entertainment. A significant day of the year for for this entry is May 4.

More about this marker. The marker is mounted to the basin surrounding the statues of Yoda and Indiana Jones at the back of Imagination Park.

"In 1971, George Lucas wanted to film an adaptation of the Flash Gordon serial, but could not obtain the rights, so he began developing his own space opera. After directing American Graffiti (1973), he wrote a two-page synopsis, which 20th Century Fox decided to invest in. 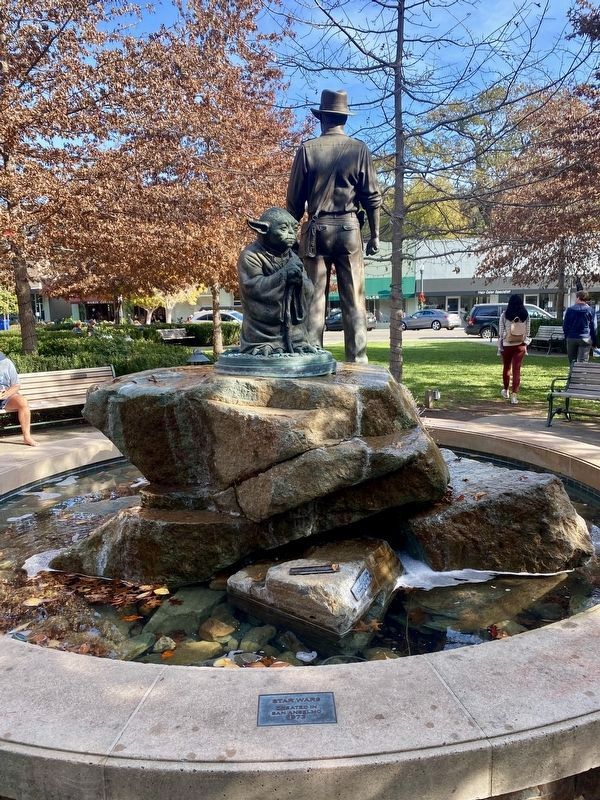 By Andrew Ruppenstein, November 25, 2021
2. Star Wars Marker - wide view, showing the front side of Yoda and the back side of Indiana Jones
The marker is visible mounted to the rim of the basin.

Click or scan to see
this page online
By 1974, he had expanded the story into the first draft of a screenplay. The 1977 movie's success led Lucas to make it the basis of an elaborate film serial...."

"To commemorate the role the town of San Anselmo played in the creation of both Star Wars and Indiana Jones, Lucas donated Imagination Park and its statues to the community in 2013, with the goal to create a place where children and adults alike could stop for a moment of peace and, hopefully, inspiration." 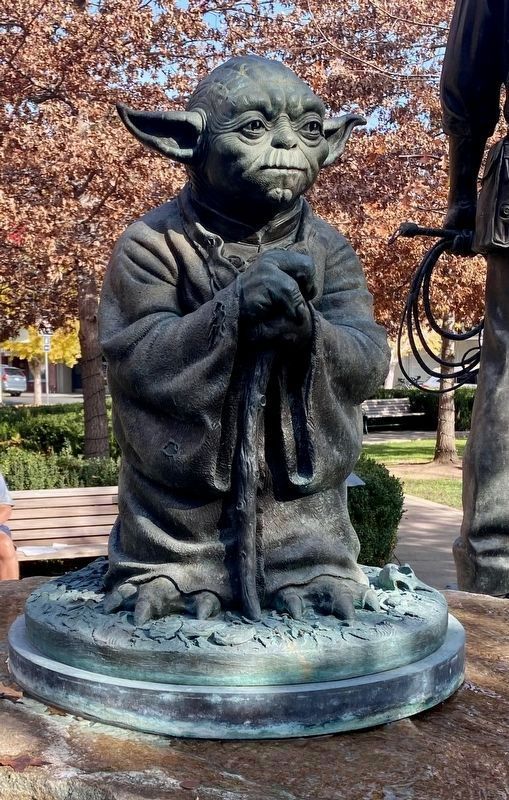