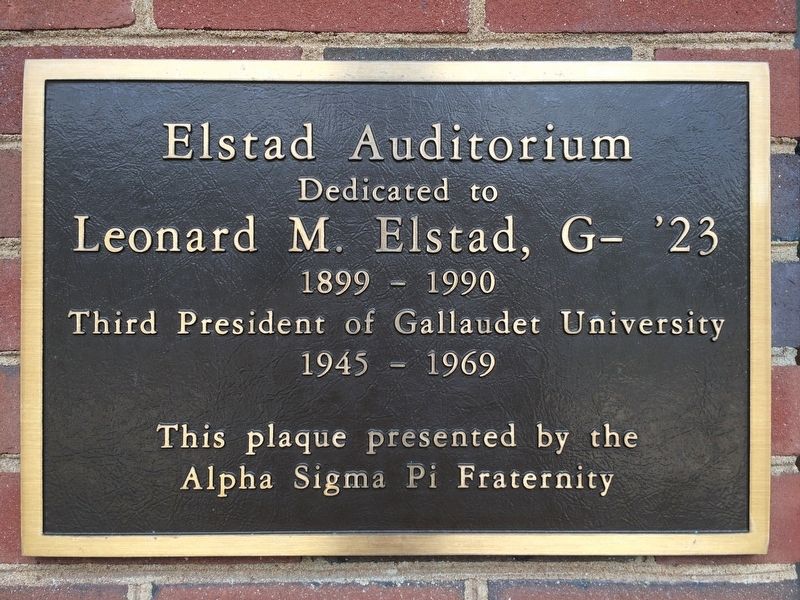 This plaque presented by the
Alpha Sigma Pi Fraternity

Location. 38° 54.306′ N, 76° 59.66′ W. Marker is in Gallaudet in Washington, District of Columbia. Marker is on Lincoln Circle Northeast near Florida Avenue Northeast, on the right when traveling east. The marker is on the campus of Gallaudet University, a few meters to the right along the campus ring road, Lincoln Circle. Touch for map. Marker is at or near this postal address: 800 Florida Avenue Northeast, Washington DC 20002, United States of America. Touch for directions. 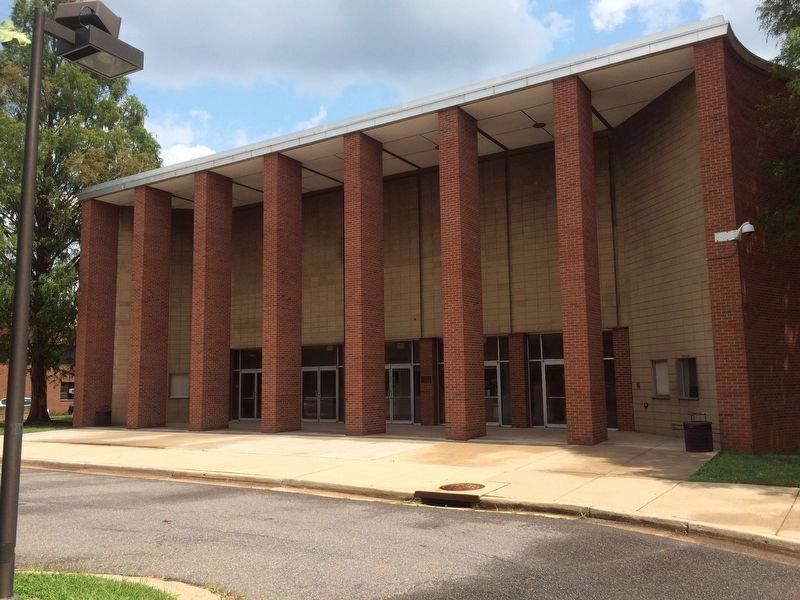 Photographed By J. Makali Bruton, July 30, 2016
2. Leonard M. Elstad Marker
The marker can be seen mounted to the front of the auditorium between two of the columns.

Regarding Leonard M. Elstad. Leonard M. Elstad (February 8, 1899 - June 27, 1990) was the Third President of Gallaudet University (then Gallaudet College) in Washington, D.C. Dr. Elstad, who obtained a Master's degree from Gallaudet in 1923 and two honorary degrees later in his life, presided over an important period of Gallaudet's history, which came to be called the "Elstad Expansion Era," when Gallaudet achieved accreditation (1957) and was significantly expanded, both in terms of enrollment and the number and capacity of the buildings on campus. 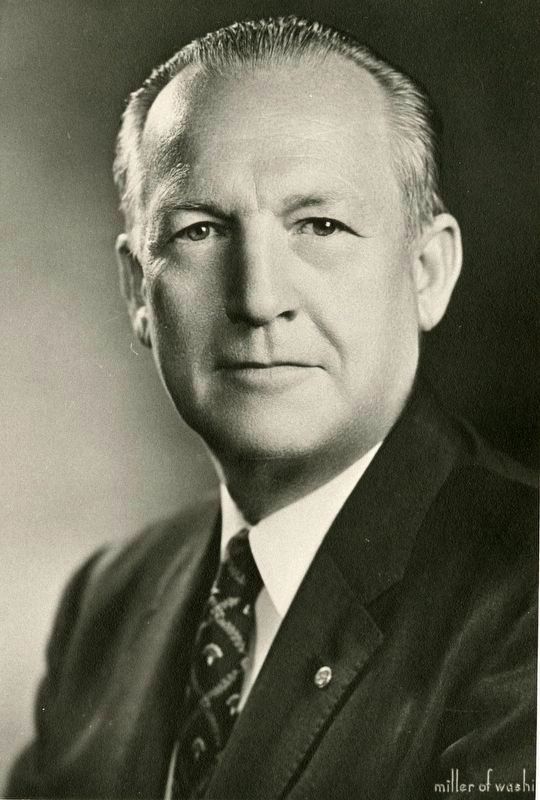