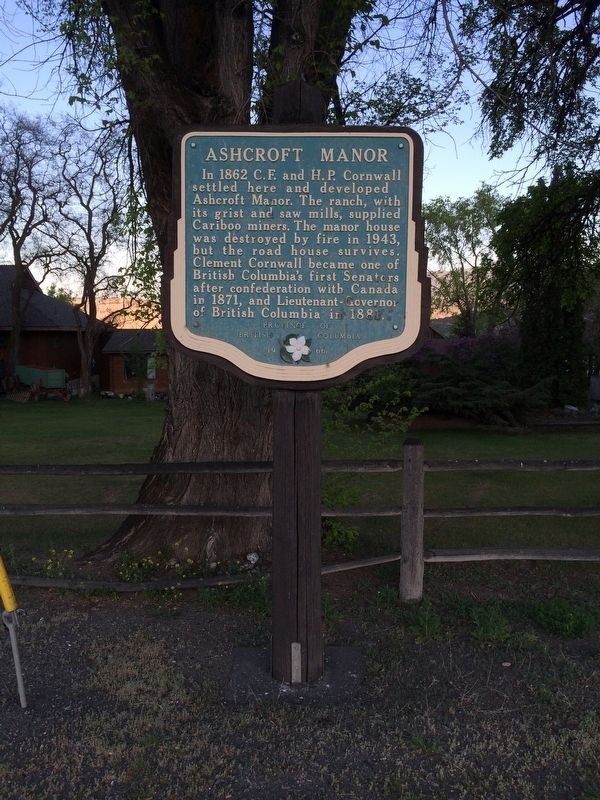 In 1862 C.F. and H.P. Cornwall settled here and developed Ashcroft Manor. The ranch, with its grist and saw mills, supplied Cariboo miners. The manor house was destroyed by fire in 1943, but the road house survives. Clement Cornwall became one of British Columbia's first senators after confederation with Canada in 1871, and Lieutenant-Governor of British Columbia in 1881.

Erected 1966 by Province of British Columbia.

Topics. This historical marker is listed in these topic lists: Government & Politics • Industry & Commerce • Settlements & Settlers. A significant historical year for this entry is 1862.

Location. 50° 43.119′ N, 121° 19.719′ W. Marker is near Ashcroft, British Columbia, in Thompson-Nicola. Marker is on Trans-Canada Highway (Provincial Highway 1) 0.3 kilometers south of Cornwall Road, on the left when traveling south. Touch for map. Marker is in this post office area: Ashcroft BC V0K 1A0, Canada. Touch for directions.

Other nearby markers. At least 2 other markers are within 18 kilometers of this marker, measured as the crow flies. McAbee Fossil Beds (approx. 15.6 kilometers away); Canadian Northern Pacific's Last Spike 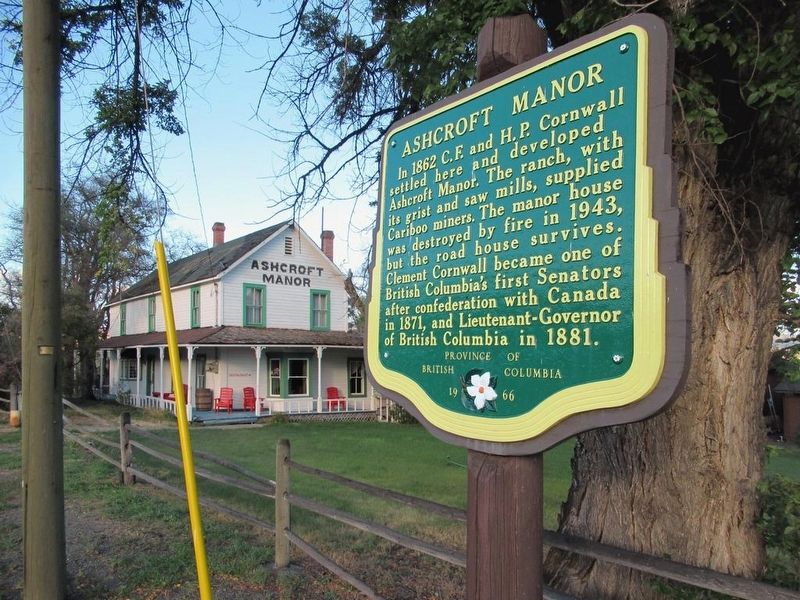 Click or scan to see
this page online
(approx. 16.6 kilometers away).

Also see . . .  The Ashcroft Manor (PDF). The Cornwall brothers started the ranch, named after the family home in England, after discovering there were few gold claims left by the time they arrived. (Dominique Robillard, Gold Country Communities Society) (Submitted on December 11, 2021, by Duane and Tracy Marsteller of Murfreesboro, Tennessee.) 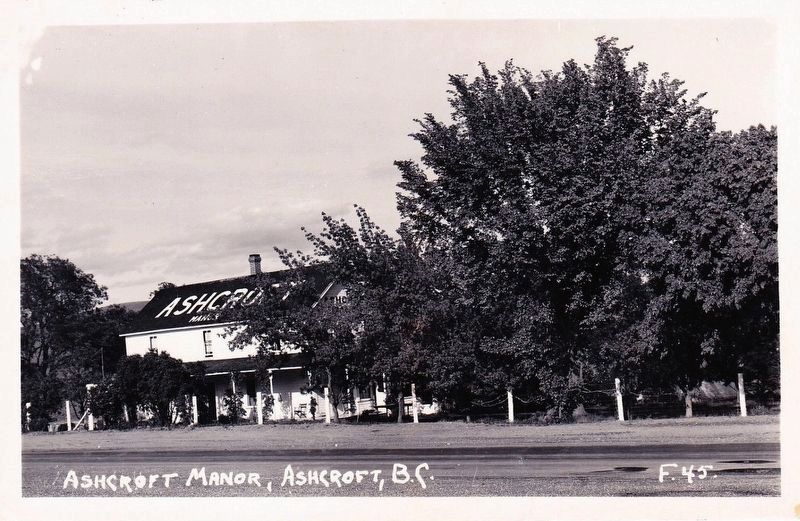 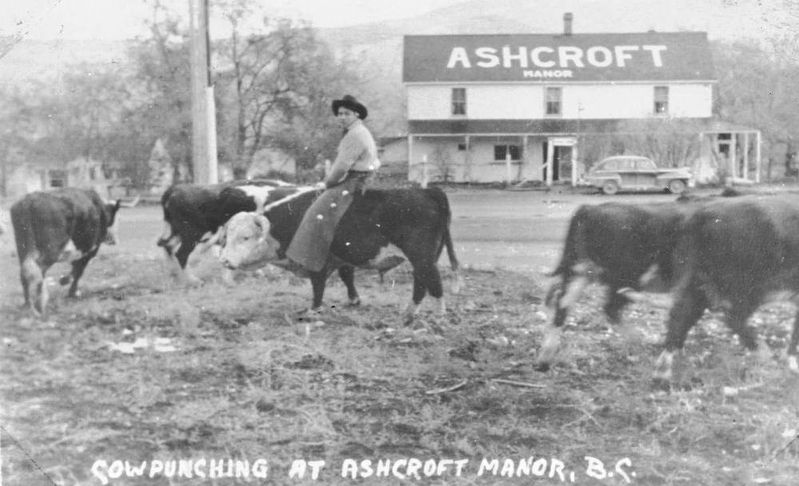 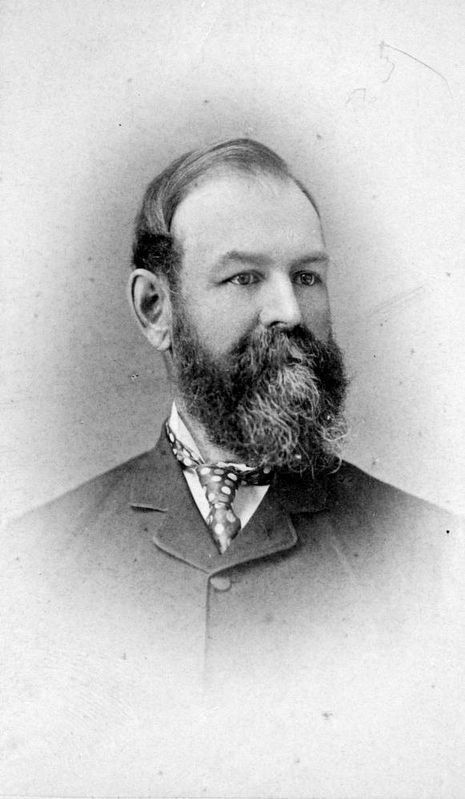