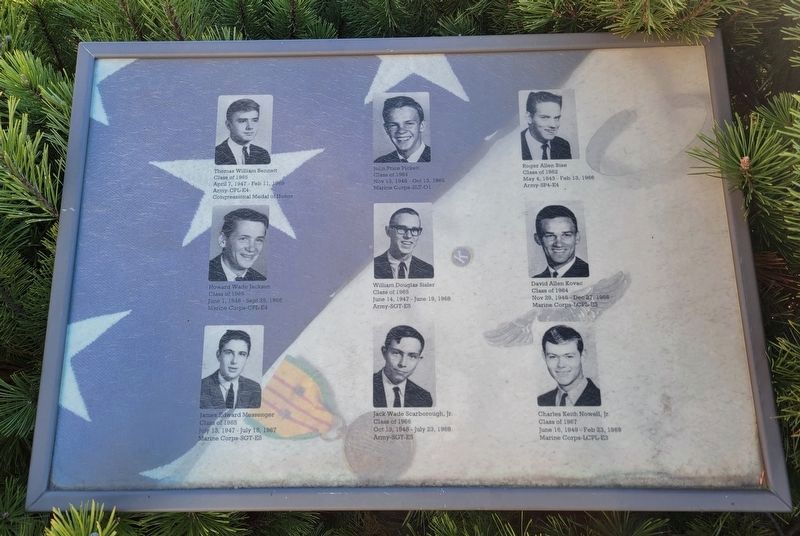 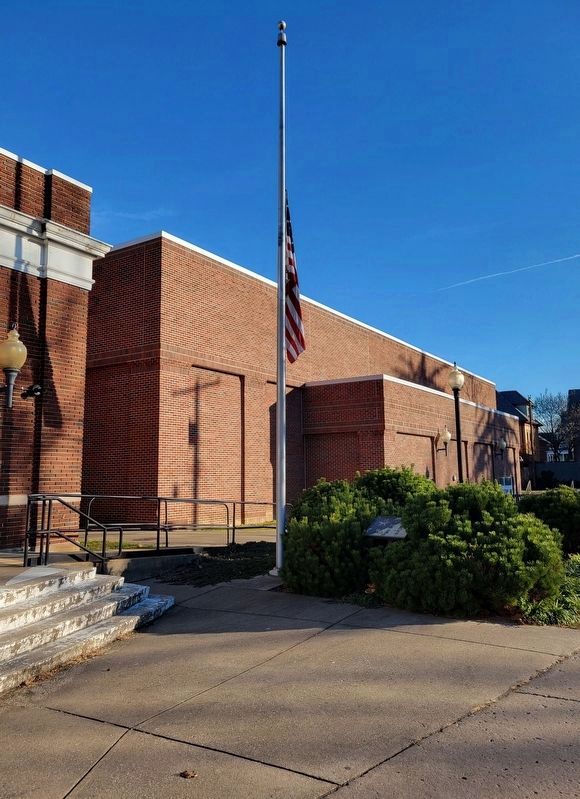 Photographed By Bradley Owen, December 7, 2021
2. Vietnam Veterans Memorial
Memorial is located in the bushes at the right of the flagpole.

Click or scan to see
this page online
57.366′ W. Marker is in Morgantown, West Virginia, in Monongalia County. Memorial is on Wilson Avenue just west of Cedar Street, on the right when traveling west. Marker is located beneath the flagpole to the right of the main entrance to Morgantown High School. Touch for map. Marker is at or near this postal address: 51 Wilson Ave, Morgantown WV 26501, United States of America. Touch for directions.