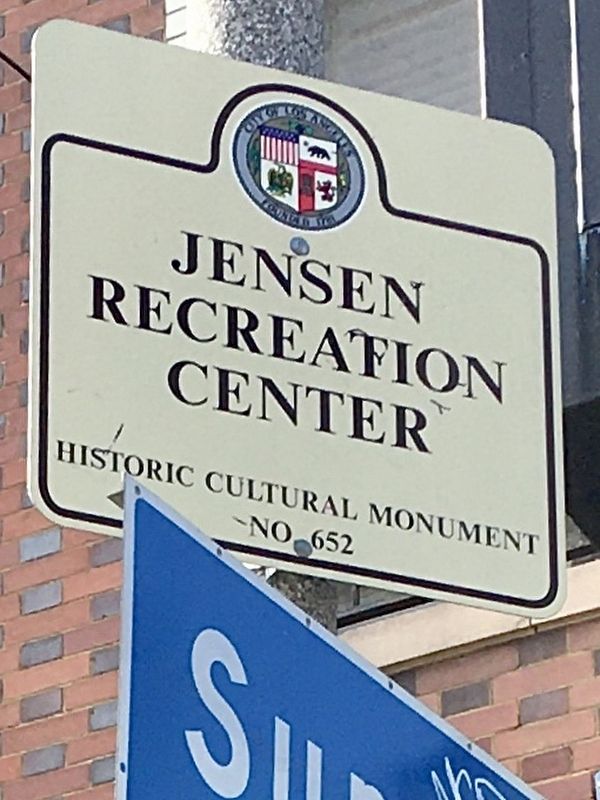 Topics and series. This historical marker is listed in these topic lists: Architecture • Notable Buildings • Sports. In addition, it is included in the City of Los Angeles Historic-Cultural Monuments series list. A significant historical year for this entry is 1924. 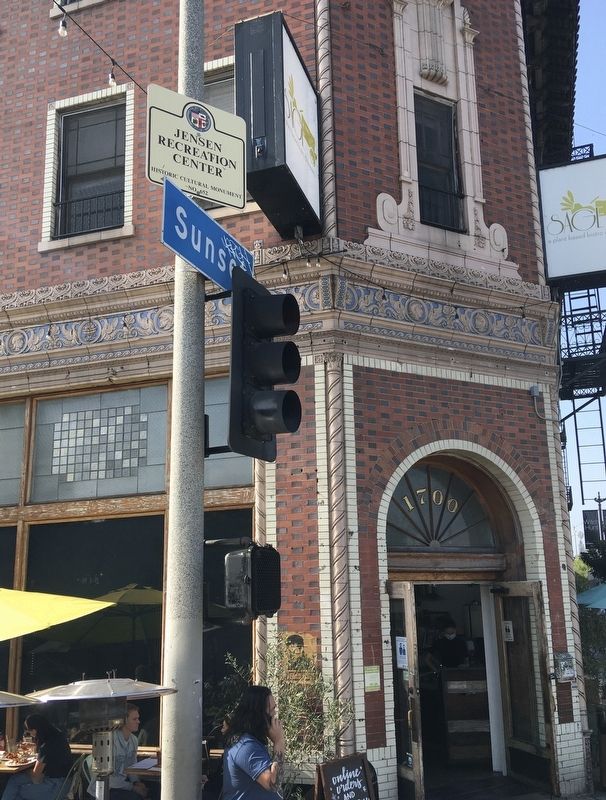 Regarding Jensen’s Recreation Center. Built in 1924 by Henry Christian Jensen, a German immigrant who made his fortune making bricks for the rapidly growing city of Los Angeles. He also built the Raymond Theater in Pasadena and the Melrose Theater in East Hollywood. The three-story Jensen’s Recreation Center originally had a bowling alley and a pool hall at street level, and 46 apartments on the top two levels. The center was a hub of activity for the neighborhood, and often hosted celebrity athletic events, until it closed in the 1970’s. In 1997 the rooftop sign was restored after being dark for fifty years. In 1998, Jensens Recreation Center and Electric Roof Sign was declared Los Angeles Historic-Cultural Monument No. 652. In 2004, a developer purchased the building and began restoration. 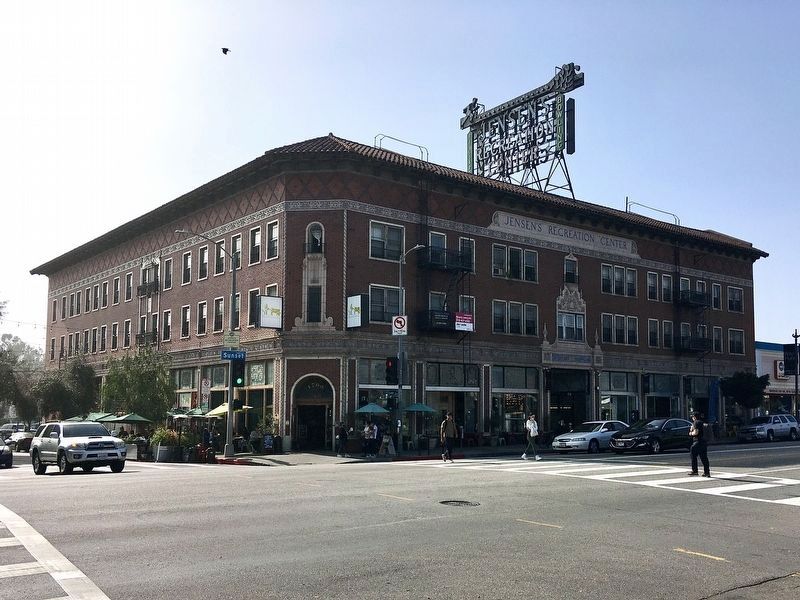 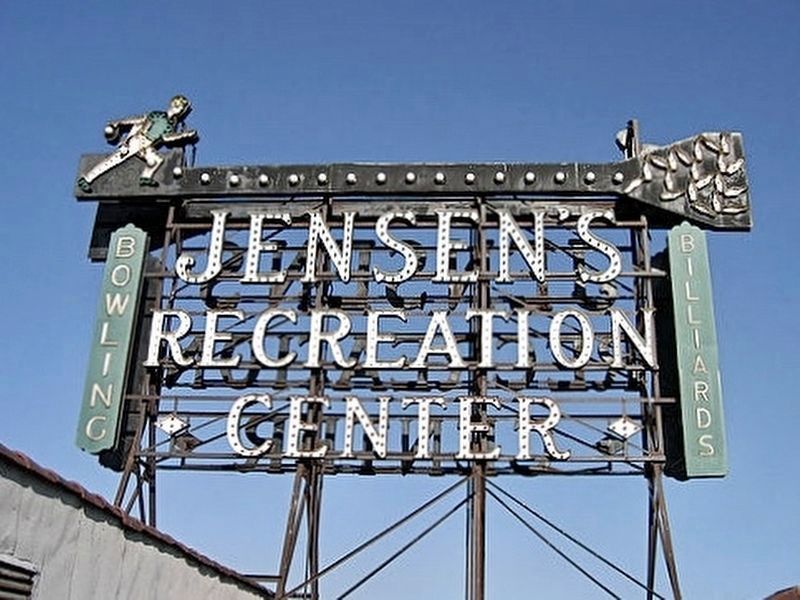