50th Anniversary of the Allied Invasion of Normandy 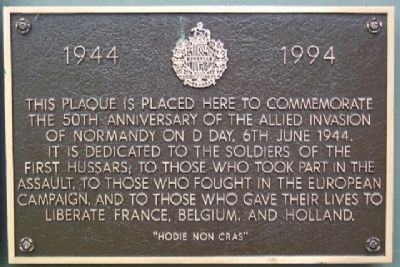 This plaque is placed here to commemorate the 50th anniversary of the Allied Invasion of Normandy on D Day, 6th June 1944. It is dedicated to the soldiers of the First Hussars, to those who took part in the assault, to those who fought in the European Campaign, and to those who gave their lives to liberate France, Belgium, and Holland. 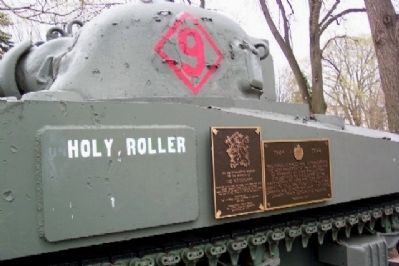 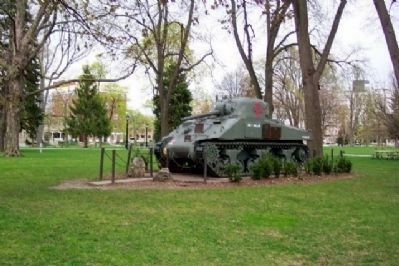