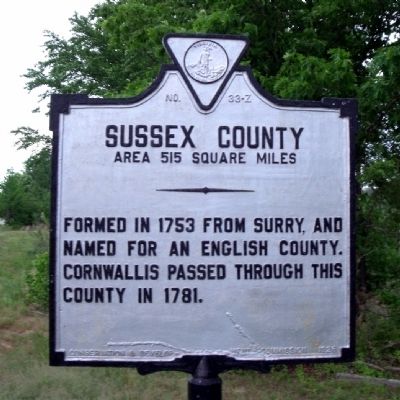 Sussex County
Area 515 Square Miles
Formed in 1753 from Surry, and named for an English county. Cornwallis passed through this county in 1781.

Greensville County
Area 307 Square Miles
Formed in 1780 from Brunswick, and probably named for Sir Richard Grenville, leader of the settlement on Roanoke Island, 1585. Cornwallis passed through this county in 1781.

Other nearby markers. At least 8 other markers are within 6 miles of this marker, measured as the crow flies. Old Halifax Road (approx. 4 miles away); Jarratt's Station (approx. 4.1 miles away); Memorial League WWI Memorial 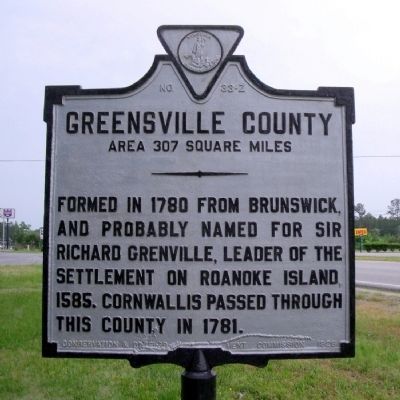 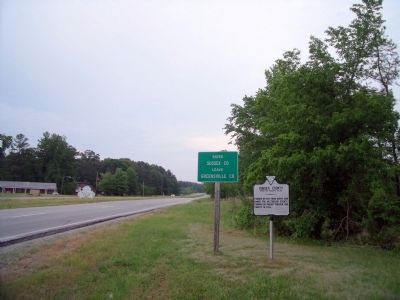 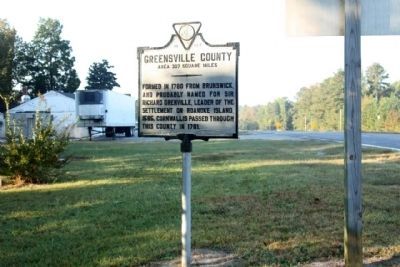