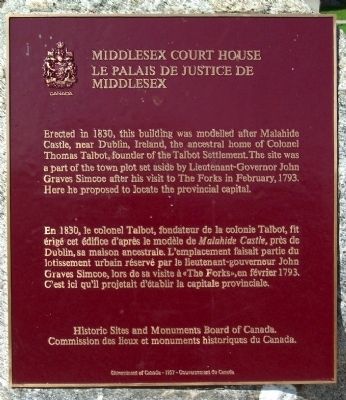 [English Translation]
Erected in 1830, this building was modelled after Malahide Castle, near Dublin, Ireland, the ancestral home of Colonel Thomas Talbot, founder of the Talbot Settlement. The site was a part of the town plot set aside by Lieutenant-Governor John Graves Simcoe after his visit to The Forks in February, 1793. Here he proposed to locate the provincial capital.

Erected 1957 by Historic Sites and Monuments Board of Canada.

Topics. This historical marker is listed in this topic list: Settlements & Settlers. A significant historical month for this entry is February 1793. 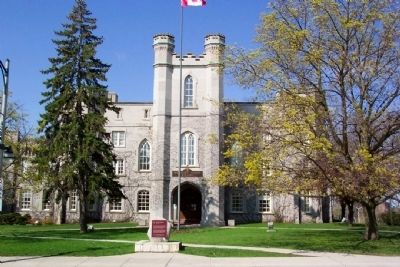 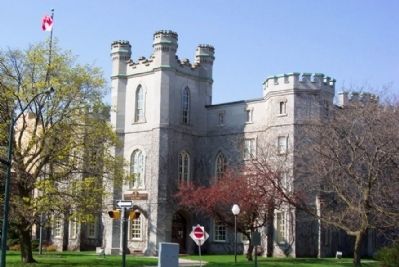