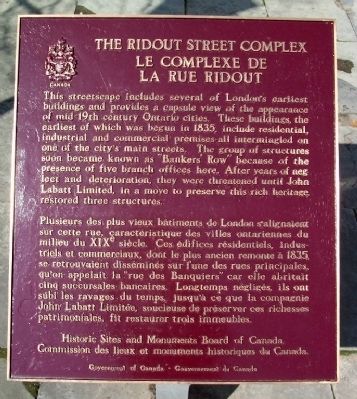 This streetscape includes several of London's earliest buildings and provides a capsule view of the appearance of mid-19th century Ontario cities. These buildings, the earliest of which was begun in 1835, include residential, industrial and commercial premises all intermingled on one of the city's main streets. The group of structures soon became known as “Bankers' Row” because of the presence of five branch offices here. After years of neglect and deterioration, they were threatened until John Labatt Limited, in a move to preserve this rich heritage, restored three structures. 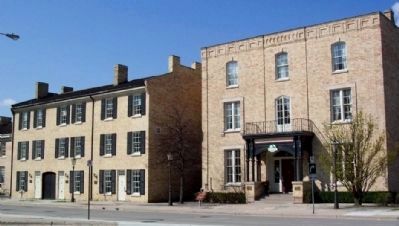 Topics. This historical marker is listed in these topic lists: Industry & Commerce • Notable Buildings • Settlements & Settlers. A significant historical year for this entry is 1835. 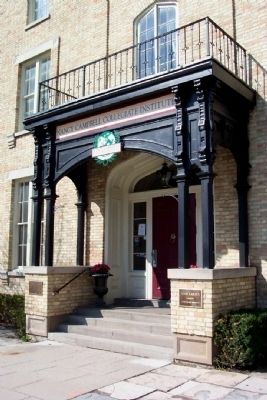