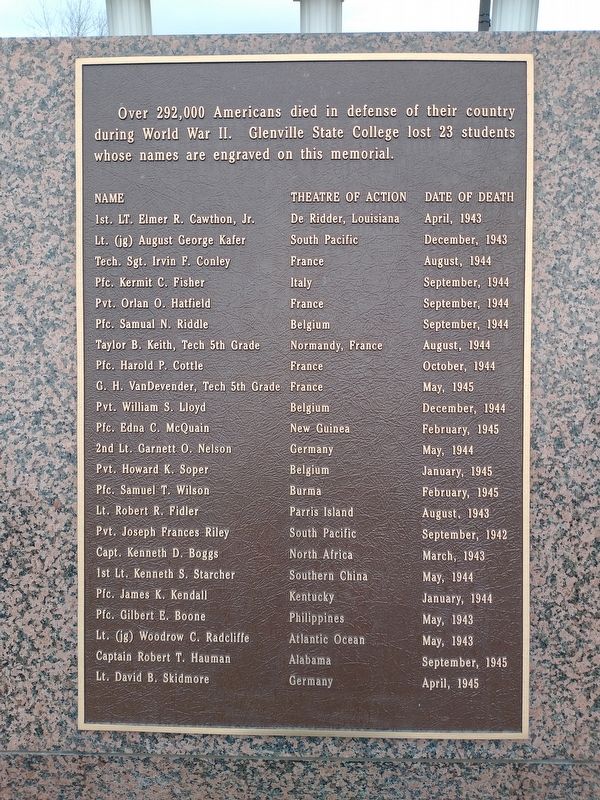 Over 292,000 Americans died in defense of their country during World War II. Glenville State College lost 23 students whose names are engraved on this memorial. 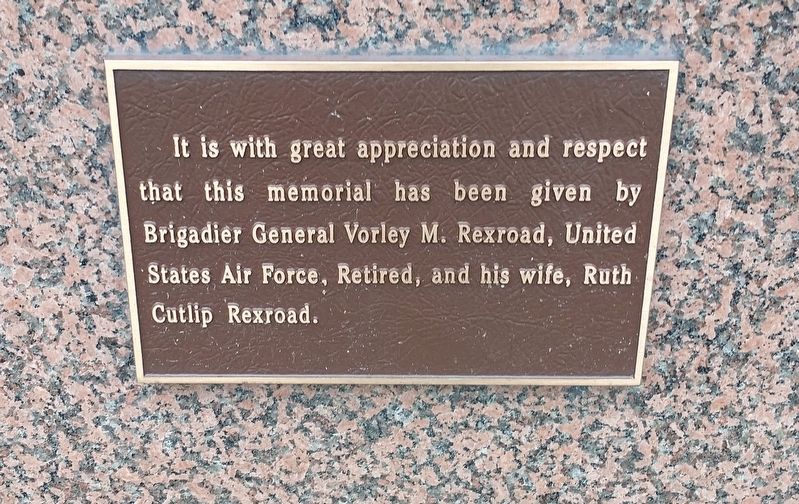 It is with great appreciation and respect that this memorial has been given by Brigadier General Vorley M. Rexroad, United States Air Force, Retired, and his wife, Ruth Cutlip Rexroad.

Topics. This memorial is listed in these topic lists: Education • War, World II.

Location. 38° 56.17′ N, 80° 50.016′ W. Marker is in Glenville, West Virginia, in Gilmer County. Memorial is on Lynn Street, on the right when traveling north. Touch for map. Marker is in this post office area: Glenville WV 26351, United States of America. Touch for directions. 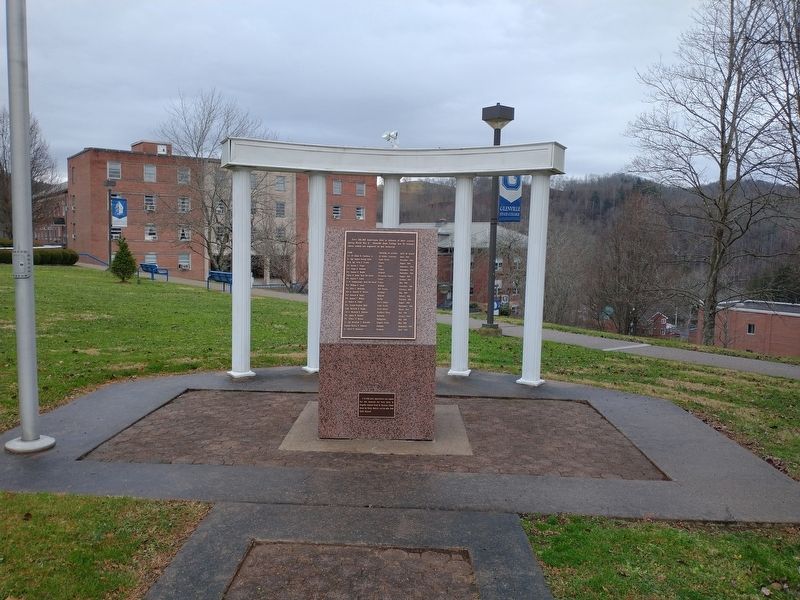 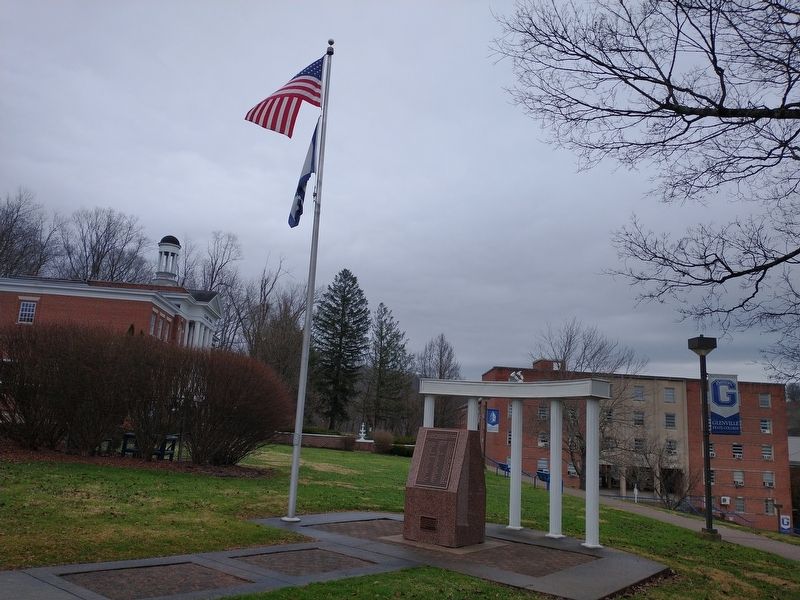