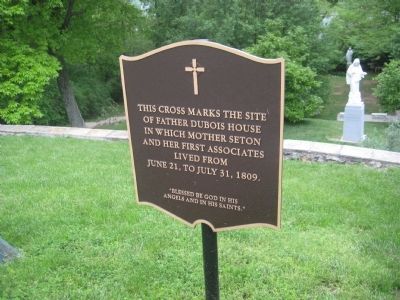 This cross marks the site of Father Dubois house in which Mother Seton and her associates lived from Jun 21, to July 31, 1809.

"Blessed be God in His Angels and in His Saints."

Topics. This historical marker is listed in this topic list: Churches & Religion. A significant historical month for this entry is July 1867.

Location. 39° 40.89′ N, 77° 21.345′ W. Marker is in Emmitsburg, Maryland, in Frederick County. Marker is on Grotto Road, 0.6 miles north of St. Anthony's Road, on the right when traveling north. Marker is along right side of the parking lot, behind a temporary trailer. Touch for map. Marker is in this post office area: Emmitsburg MD 21727, United States of America. Touch for directions. 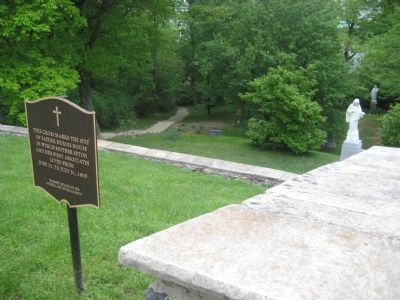