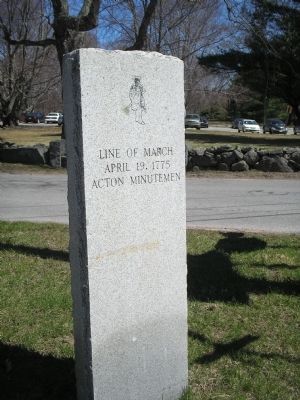 Topics. This historical marker is listed in this topic list: War, US Revolutionary. A significant historical month for this entry is April 1993.

More about this marker. The outline of a Minute Man appears at the top of the marker.

Related marker. Click here for another marker that is related to this marker. Another marker for the April 19, 1775 Line of March of the Acton Minutemen. 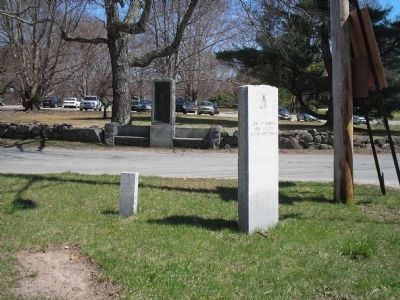 Photographed By Bill Coughlin, April 17, 2009
2. Markers on Liberty Road
A mileage marker to North Bridge is located next to the Acton Minutemen Marker. A marker honoring Major John Buttrick can also be seen in the background.

Click or scan to see
this page online
The American Revolutionary War website. (Submitted on May 16, 2009, by Bill Coughlin of Woodland Park, New Jersey.) 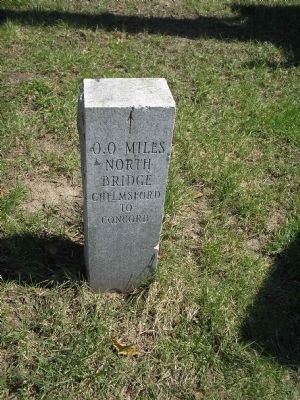