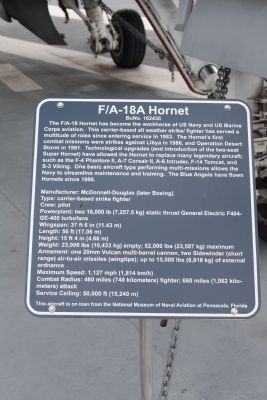 The F/A-18 Hornet has become the workhorse of the US Navy and Marine Corps aviation. This carrier-based all weather strike/fighter has served a multitude of roles since entering service in 1983. The Hornet's first combat missions were strikes against Libya in 1986, and Operation Desert Storm in 1991. Technological upgrades (and introduction of the two-seat Super Hornet) have allowed the Hornet to replace many legendary aircraft; such as the F-4 Phantom II, A-7 Corsair II, A-6 Intruder, F-14 Tomcat, and S-3 Viking. One basic aircraft type performing multi-missions allows the Navy to streamline maintenance and training. The Blue Angels have flown Hornets since 1986. 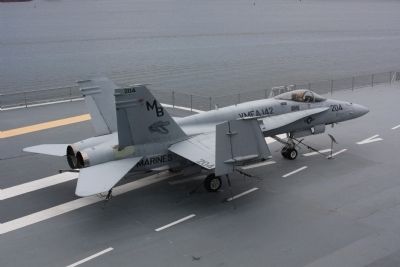 Topics. This historical marker is listed in these topic lists: Air & Space • War, 1st Iraq & Desert Storm. A significant historical year for this entry is 1983. 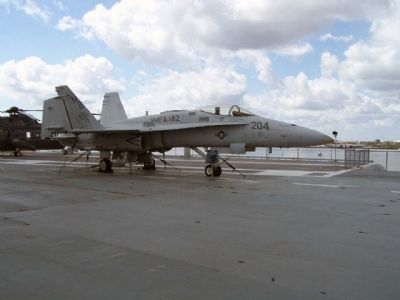 Photographed By Mike Stroud, September 19, 2013
3. F/A-18A Hornet Marker
(within shouting distance of this marker); S-3B Viking (about 300 feet away, measured in a direct line). Touch for a list and map of all markers in Mount Pleasant. 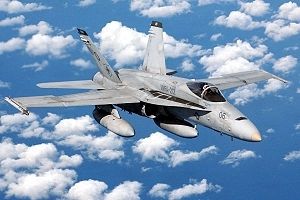