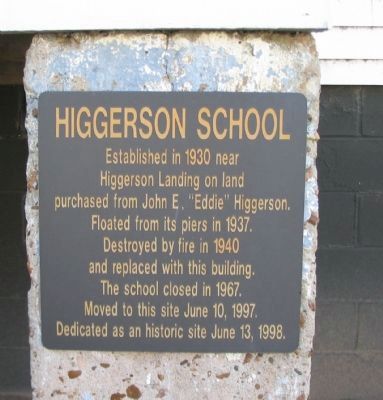 Photographed By Craig Swain, March 17, 2009
1. Higgerson School Marker
Inscription.
Higgerson School. . Established in 1930 near Higgerson Landing on land purchased from John E. "Eddie" Higgerson. Floated from its piers in 1937. Destroyed by fire in 1940 and replaced with this building. The school closed in 1967. Moved to this site June 10, 1997. Dedicated as an historic site June 13, 1998. . This historical marker is in New Madrid in New Madrid County Missouri

Topics. This historical marker is listed in this topic list: Education. A significant historical month for this entry is June 1772. 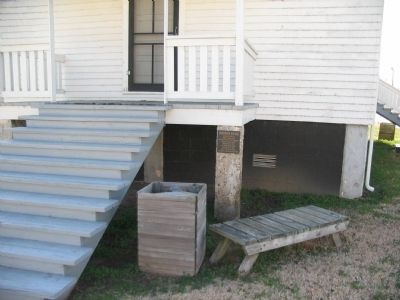 Related marker. Click here for another marker that is related to this marker. The Higgerson Family migrated from Virginia after the Civil War. Their house was on the Wilderness Battlefield. 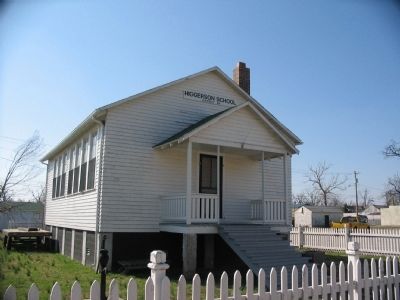 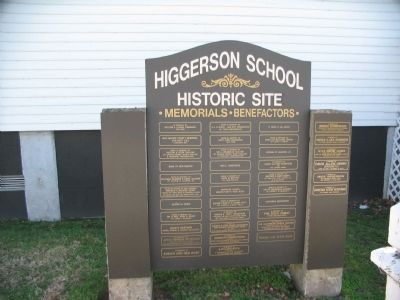 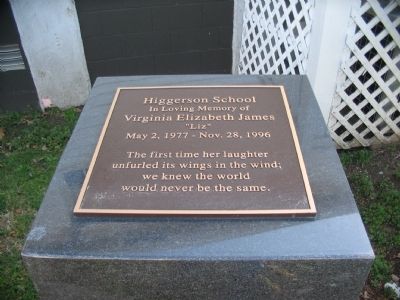 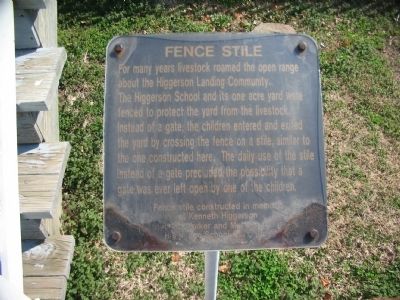 Photographed By Craig Swain, March 17, 2009
6. Fence Stile
For many years livestock roamed the open range around the Higgerson Landing Community. The Higgerson School and its one acre yard were fenced to protect the yard from the livestock. Instead of a gate, the children entered and exited the yard by crossing the fence on a stile, similar to the one constructed here. The daily use of the stile instead of a gate precluded the possibility that a gate was ever left open by one of the children.
Credits. This page was last revised on June 16, 2016. It was originally submitted on May 31, 2009, by Craig Swain of Leesburg, Virginia. This page has been viewed 1,394 times since then and 22 times this year. Photos:   1, 2, 3, 4, 5, 6. submitted on May 31, 2009, by Craig Swain of Leesburg, Virginia.
Share this page.