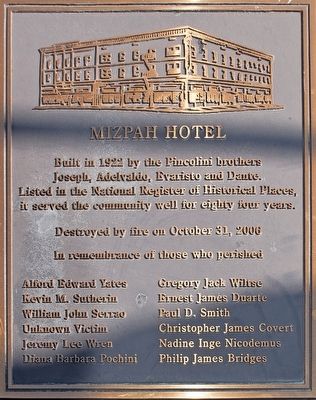 Built in 1922 by the Pincolini brothers Joseph, Adelvaldo, Evaristo and Dante.

Listed in the National Register of Historical Places, it served the community well for eighty four years.

In remembrance of those who perished

Topics. This historical marker is listed in these topic lists: Disasters • Notable Buildings. A significant historical year for this entry is 1922.

Location. Marker has been reported missing. It was located near 39° 31.656′ N, 119° 48.634′ W. Marker was in Reno, Nevada, in Washoe County. Marker was at the intersection of Lake Street and East 2nd Street, on the right when traveling north on Lake Street. Located in a parking lot at the northeast corner. It has been taken out due to major construction ay-t the site. 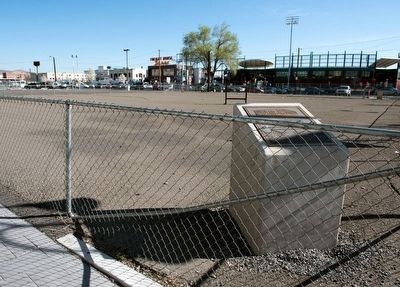 Click or scan to see
this page online
We found the base in a pile of rubble missing the plaque. Touch for map. Marker was in this post office area: Reno NV 89501, United States of America. Touch for directions.

Regarding Mizpah Hotel. In 2006, the Mizpah Hotel was a residential hotel. On the night of October 31, a tenant placed a mattress against one of the doors and set it on fire.

A tenant pleaded guilty to twelve counts of first degree murder and one count of arson. She testified that she had been drinking and taking drugs that night and didn't even remember the fire.

The hotel was listed on the National Register of Historic Places (NRHP) in 1984 as the Pincolini Hotel, the name of the hotel opened when it opened in 1922.

The following is excerpted from the NRHP nomination.

The Pincolini (Mizpah Hotel) was built in three stages. The original five-bay structure 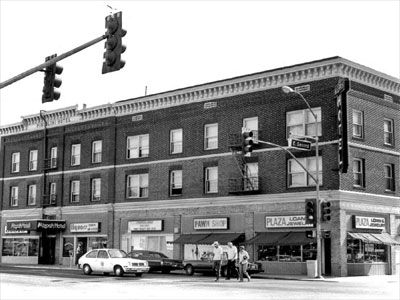 National Register of Historic Places, 1984
3. Mizpah Hotel
Photograph submitted with the National Register of Historic Places nomination form in 1984
was built in 1922. Major additions were added in 1925 and 1930 resulting in a three-story, ten-bay, brick commercial block with retail space on the ground floor and a hotel above. Before it was destroyed by fire in 2006, it was a well-preserved example of an early 20th century residential hotel, an architectural type which was once common to downtown Reno.

The Pincolini Hotel was significant for its historical association with Reno's Little Italy, a district which served as the center for Italian commercial and community activity in Reno. Little Italy was noted for its commercial diversity which included grocery stores, liquor stores, insurance agencies, a travel agency and hotels.

The Pincolini family, immigrated to Nevada from Parma, Italy, between 1896 and 1905.