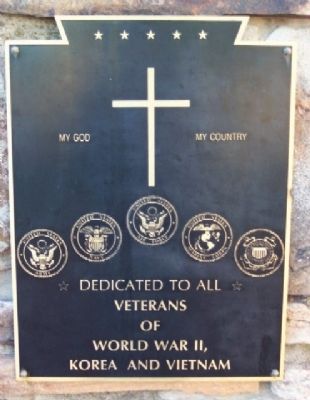 My God My Country

Dedicated to all
Veterans
of
World War II,
Korea and Vietnam

Location. 39° 56.045′ N, 77° 59.914′ W. Marker is in McConnellsburg, Pennsylvania, in Fulton County. Memorial is at the intersection of Market Street and 2nd Street (U.S. 522), on the right when traveling west on Market Street. Marker is on the grounds of the Fulton County Courthouse, just west of the main entrance. Touch for map. Marker is at or near this postal address: 116 West Market Street, Mc Connellsburg PA 17233, United States of America. Touch for directions. 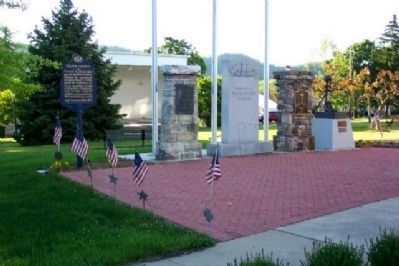 By William Fischer, Jr., May 21, 2009
2. Fulton County World War II, Korea, and Vietnam Memorial
To right, between All Veterans Memorial and War on Terrorism Memorial (at far right).