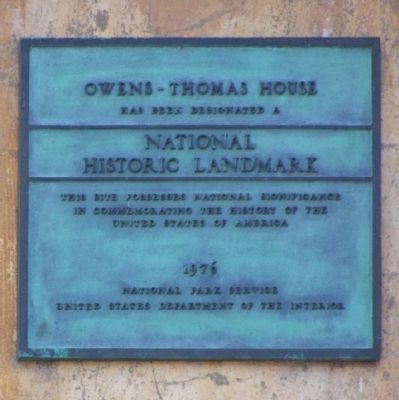 Photographed By Mike Stroud, May 30, 2009
1. Owens-Thomas House Marker
Inscription.
Owens-Thomas House. .
Has been designated a National Historic Landmark This site possesses National significance in commemorating the history of the United States of America 1976 National Park Service United States Department of the Interior. . This historical marker was erected in 1976 by United States Department of the Interior. It is in Savannah in Chatham County Georgia

Topics and series. This historical marker is listed in these topic lists: Landmarks • Notable Buildings. In addition, it is included in the National Historic Landmarks series list. A significant historical year for this entry is 1976. 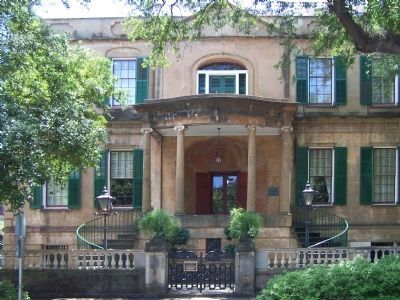 Photographed By Mike Stroud, May 30, 2009
2. Owens-Thomas House Marker, seen at right of door
The stylish residence was built from 1816 to 1819 for cotton merchant Richard Richardson and his wife Francis Bolton, the sister-in-law of William Jay.