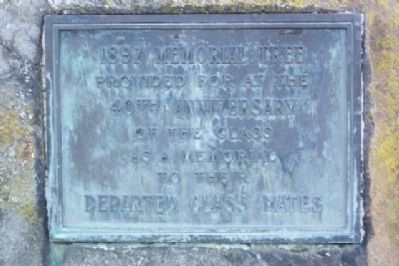 Photographed By William Fischer, Jr., December 28, 2008
1. 1897 Memorial Tree Marker
Inscription.
1897 Memorial Tree. . Provided for at the 40th Anniversary of the class as a memorial to their departed class mates . This historical marker was erected in 1937 by Ohio Wesleyan University Class of 1897. It is in Delaware in Delaware County Ohio 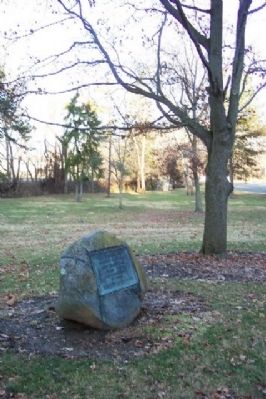