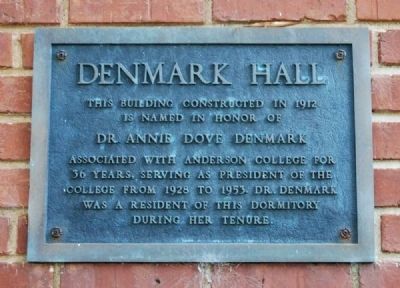 Photographed By Brian Scott, May 26, 2009
1. Denmark Hall Marker
Inscription.
Denmark Hall. .
This building constructed in 1912 is named in honor of Dr. Annie Dove Denmark associated with Anderson College for 36 years, serving as President of the college from 1928-1953. Dr. Denmark was a resident of this dormitory during her tenure.. . This historical marker is in Anderson in Anderson County South Carolina

This building constructed in 1912
is named in honor of
Dr. Annie Dove Denmark
associated with Anderson College for
36 years, serving as President of the
college from 1928-1953. Dr. Denmark
was a resident of this dormitory
during her tenure.

Topics. This historical marker is listed in this topic list: Education. A significant historical year for this entry is 1912.

Location. 34° 30.833′ N, 82° 38.35′ W. Marker is in Anderson, South Carolina, in Anderson County. Marker can be reached from Boulevard (U.S. 29). Marker is located on the south (main) facade of the building, on the campus of Anderson University. Touch for map. Marker is at or near this postal address: 316 Boulevard, Greenville SC 29601, United States of America. Touch for directions. 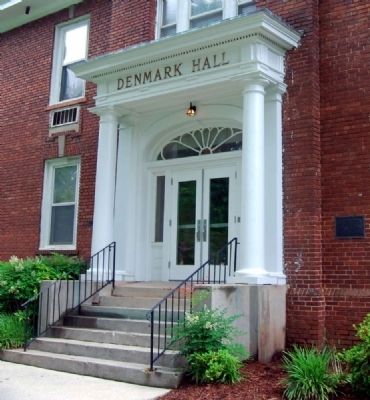 Photographed By Brian Scott, May 26, 2009
2. Denmark Hall Entrance and Marker

Click or scan to see
this page online
(about 600 feet away); Sullivan Music Building (about 800 feet away); Abney Athletic Center (approx. 0.2 miles away); Virginia "Jennie" Gilmer (approx. half a mile away); McGee Harness Shop (approx. 0.6 miles away). Touch for a list and map of all markers in Anderson.

Regarding Denmark Hall. Dr. Denmark was the fifth president of Anderson University and, to date, the only female president. Given to recognize friends of the institution, The Annie Dove Denmark Award is one of the school’s highest honors.

2. Anderson College Historic District. In the spring of 1910 the Anderson Chamber of Commerce inaugurated a subscription campaign to raise money to build a college for young women in Anderson. (Submitted on June 7, 2009, by Brian Scott of Anderson, South Carolina.) 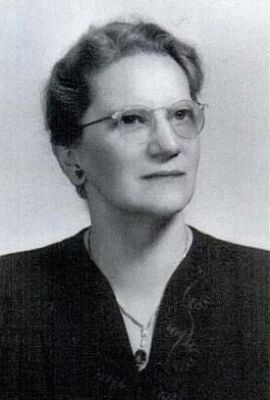 Additional commentary.
1. Denmark Hall
Built in 1912, this two-story brick building features cast stone and wood accents. The brick is laid in an American bond variation of three rows of stretchers to every course of alternating header and stretcher, and with a raked join. Asphalt shingles cover the hipped roof. The specific details of the structure include a slightly projecting central pavilion, embellished with a one-story shallow, flat-roofed Doric order portico at the main entrance with two columns and pilaster responds. The portico's entablature is appropriately detailed with triglyphs, guttee, and dentils. The elliptical arched entrance within the portico features a double-leaf glazed door, sidelights and fanlight transom. A large, segmental-arched tripartite window, accented with cast stone impost and keystone, is located above the portico. A cast stone-accented pediment extends above the roof line to complete the entry pavilion. Other elements include a beveled brick foundation and brick quoins. The individual one-over-one-light double-hung sash windows appear on all sides of the building, and feature jack arched headers, cast keystones, and cast stone panels between 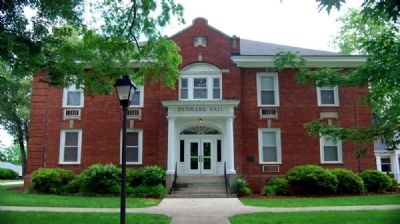