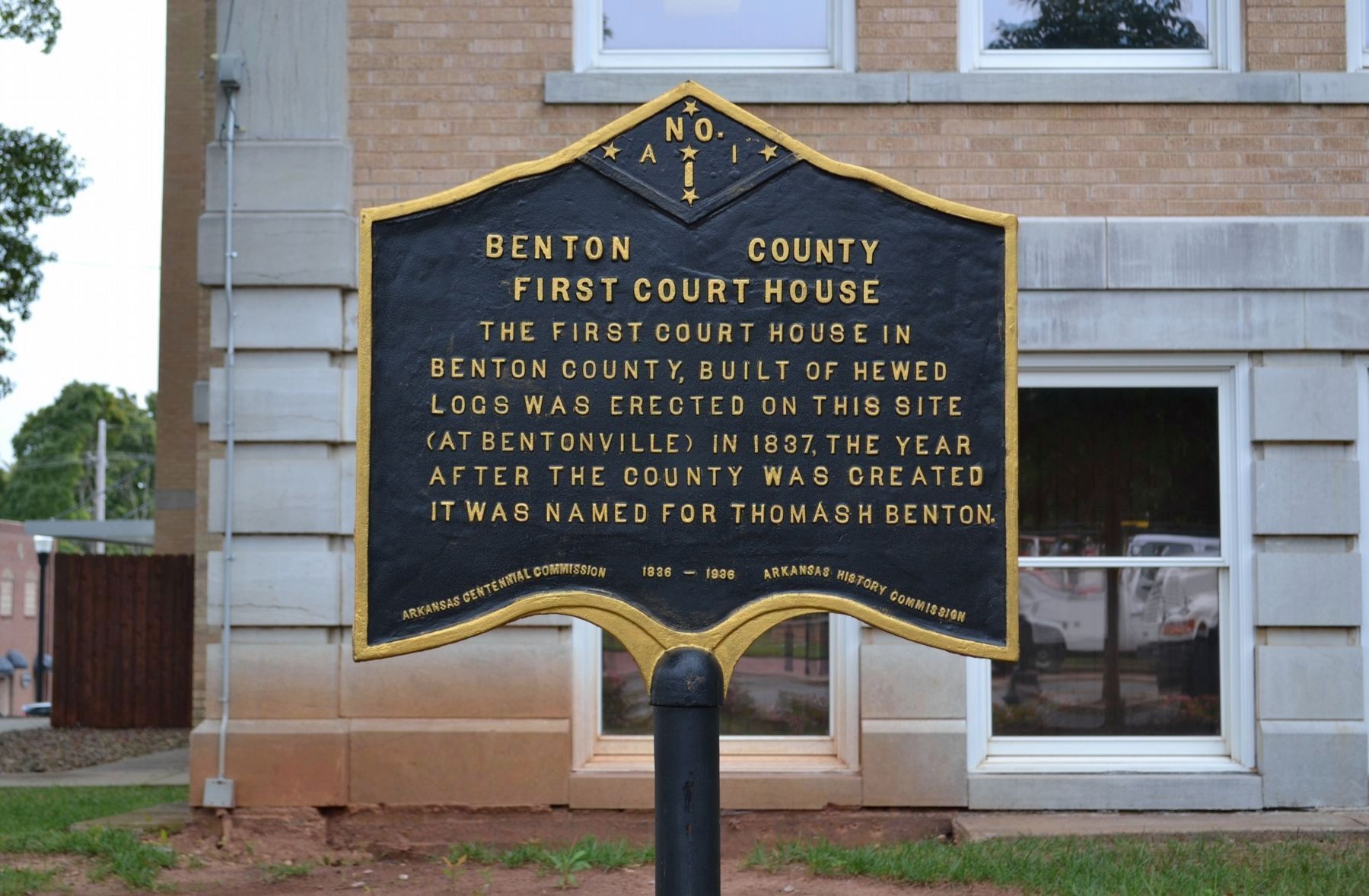 The first court house in Benton County, built of hewed logs was erected on this site (at Bentonville) in 1837, the year after the county was created. It was named for Thomas H Benton.

Topics and series. This historical marker is listed in this topic list: Government & Politics. In addition, it is included in the Arkansas Centennial Commission series list. A significant historical year for this entry is 1837.

Location. 36° 22.364′ N, 94° 12.476′ W. Marker is in Bentonville, Arkansas, in Benton County. Marker is at the intersection of A Street and NE Second Street, on the right when traveling north on A Street. On the Grounds of the Old Benton County Courthouse facing the square. Touch for map. Marker is at or near this postal address: 102 NE A Street, Bentonville AR 72712, United States of America. Touch for directions. 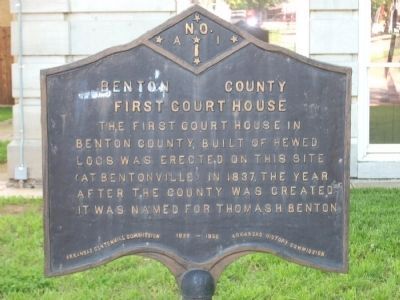 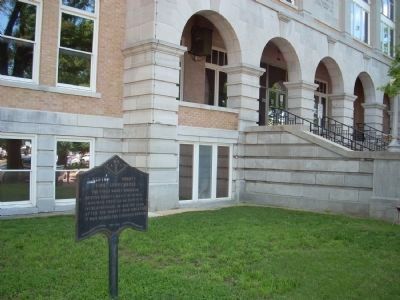 Photographed By Thomas Onions, May 21, 2009
3. Benton County First Court House Marker
Photo of the marker and the steps of the current Court House. 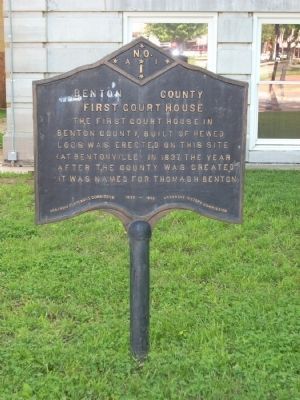