Original Site Of The Newcom Tavern

This is the original site of the Newcom Tavern built in 1798 by Col. George Newcom a trading post inn until 1836 quartermaster's headquarters for the N. W. Army, 1812

First native Daytonian Jane Newcom born in 1802, in the tavern

Erected 1966 by Montgomery County Historical Society and The Dayton Foundation. 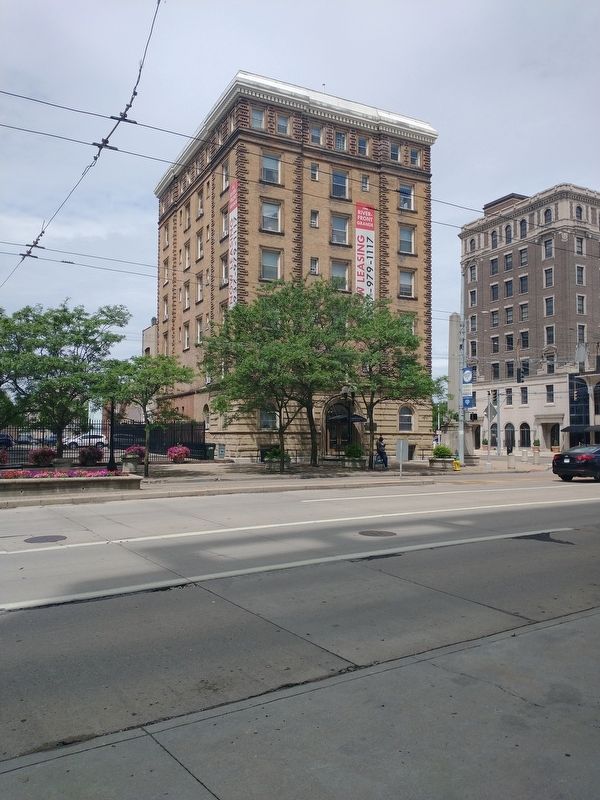 Click or scan to see
this page online
distance of this marker); The Biltmore (about 300 feet away, measured in a direct line); Flood Level (about 400 feet away); Miami Conservancy District (about 400 feet away); Josephine and Hermene Schwarz (about 500 feet away); Dayton Woman’s Club (about 500 feet away). Touch for a list and map of all markers in Dayton.
Credits. This page was last revised on June 26, 2022. It was originally submitted on June 16, 2022, by TeamOHE of Napoleon, Ohio. This page has been viewed 30 times since then. Photos:   1, 2. submitted on June 16, 2022, by TeamOHE of Napoleon, Ohio. • Bill Pfingsten was the editor who published this page.
Share this page.