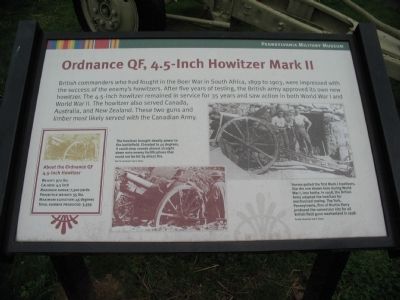 British commanders who has fought in the Boer War in South Africa, 1899 to 1903, were impressed with the success of the enemy's howitzers. After five years, the British army approved its own new howitzer. The 4.5-inch howitzers remained in service for 35 years and saw action in both World War I and World War II. The howitzer also served Canada, Australia, and New Zealand. These two guns and limber most likely served with the Canadian Army.

Location. 40° 46.858′ N, 77° 47.807′ W. Marker is in Harris Township, Pennsylvania, in Centre County. Marker is on Old Boalsburg Road, on the right when traveling south. Located in the parking lot for the Pennsylvania Military Museum and 28th Infantry Division Shrine. Touch for map. Marker is in this post office area: Boalsburg PA 16827, United States of America. Touch for directions. 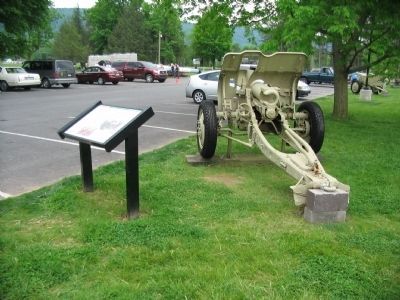 More about this marker. Photos of the howitzer in the field carry the captions:
The howitzer brought deadly power to the battlefield. Elevated to 45 degrees, it could drop rounds almost straight down onto enemy fortifications that could not be hit by direct fire.

Horses pulled the first Mark I howitzers like the one shown here during World War I, into battle. In 1938, the British Army adapted the howitzer for mechanized towing. The York, Pennsylvania, firm of Martin-Parry produced the conversion kits for all British field guns mechanized in 1938. 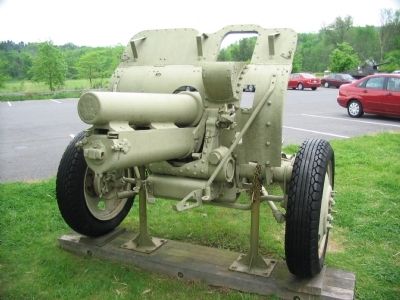 Photographed By Craig Swain, May 23, 2009
3. Front View of the Howitzer
Conforming with standards used at the time, the howitzer incorporated a shield for the men working on the gun. 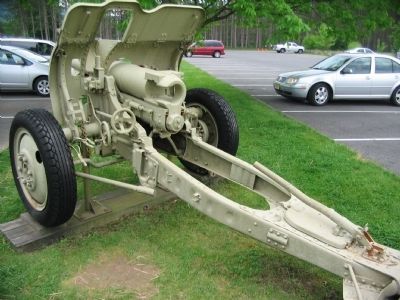 Photographed By Craig Swain, May 23, 2009
4. Back of Howitzer
Prominent here is the breech mechanism (with the breech block removed here to "demilitarize" the gun for display). To the left of the breech is an elevation wheel. The howitzer was traversed by moving the trail at the back, just like older guns from the 19th century. 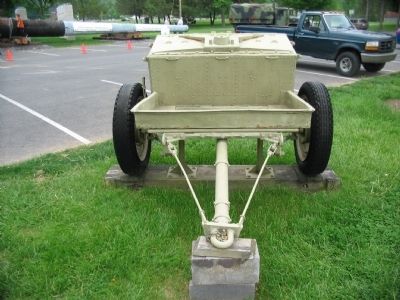