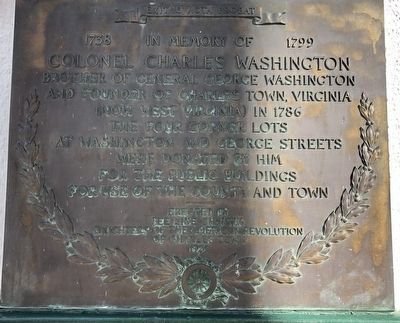 Exitus Acta Probat. 1738–1799. In Memory of Colonel Charles Washington, brother of General George Washington and founder of Charles Town, Virginia (now West Virginia) in 1786. The four corner lots at Washington and George Streets were donated by him for the public Buildings for use of the County and Town.

Erected 1925 by the Bee Line Chapter, Daughters of the American Revolution of Charles Town.

Other nearby markers. At least 8 other markers are within walking distance of this marker. Martin R. Delany (a few steps from this marker); Explore the Washington Heritage Trail / Afoot in Historic Charles Town 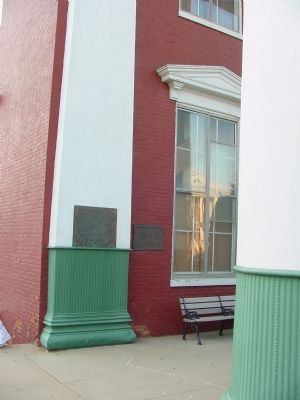 More about this marker. Exitus Acta Probat is Latin for “the end justifies the means.” 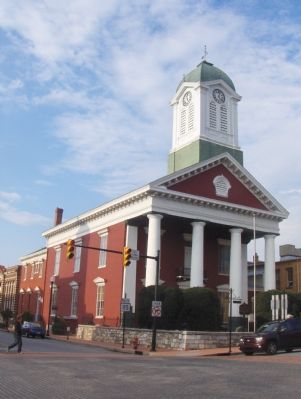