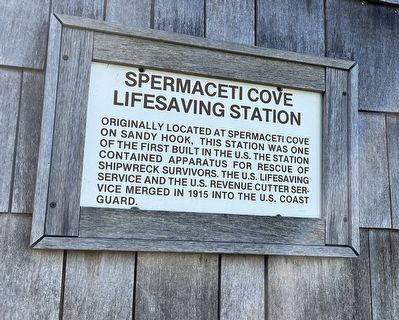 Originally located at Spermaceti Cove on Sandy Hook, this station was one of the first built in the U.S. The station contained apparatus for rescue of shipwreck survivors. The U.S. Lifesaving Service and the U.S. Revenue Cutter Service merged in 1915 into the U.S. Coast Guard. A significant historical year for this entry is 1915. 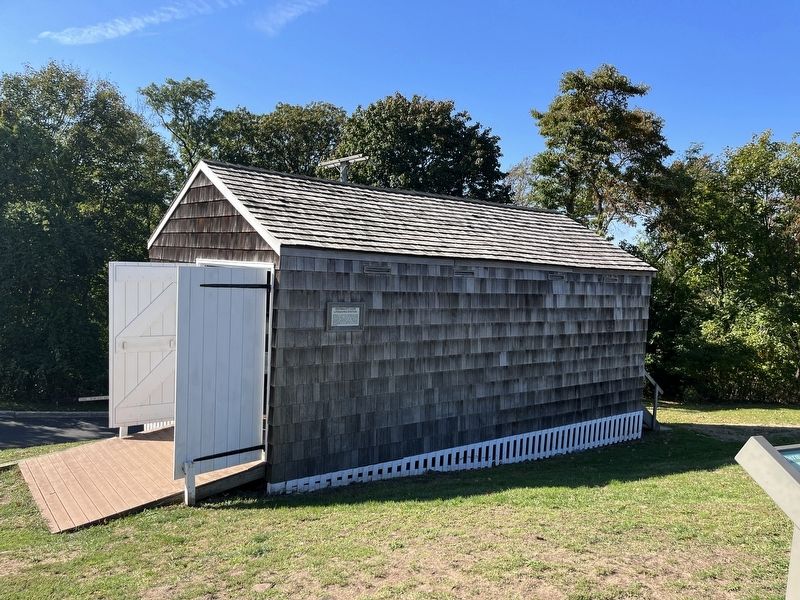 Editor’s want-list for this marker. Cropped photo. Photographer name incorrect? • Can you help?
Share this page.