African American Sailors in the Battle of Lake Erie 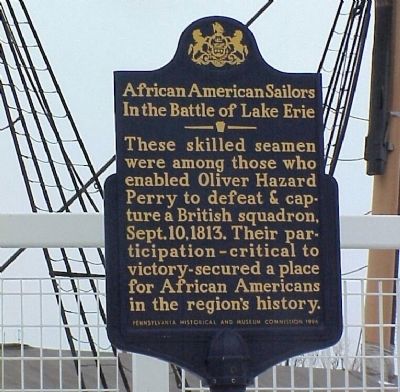 These skilled seamen were among those who enabled Oliver Hazard Perry to defeat & capture a British Squadron, Sept. 10, 1813. Their participation - critical to victory - secured a place for African Americans in the region's history.

Topics and series. This historical marker is listed in these topic lists: African Americans • War of 1812. In addition, it is included in the Pennsylvania Historical and Museum Commission series list. A significant historical date for this entry is September 10, 1813. 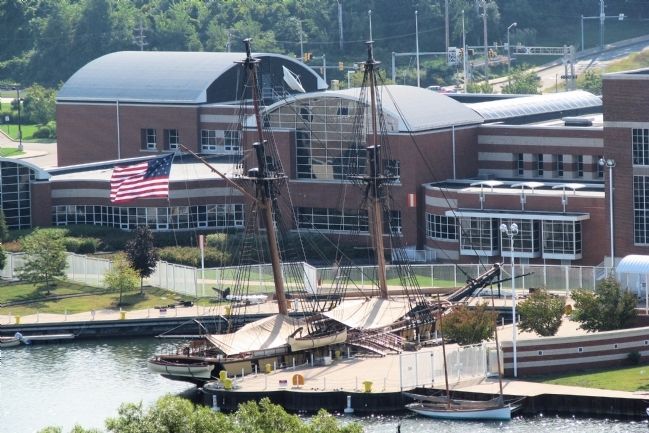 Photographed By Rudy Guy, September 14, 2008
2. African American Sailors in the Battle of Lake Erie Marker
The marker can be seen between the masts of the brig Niagara. The Erie Maritime Museum is in the background.

Related markers. Click here for a list of markers that are related to this marker. The Battle of Lake Erie