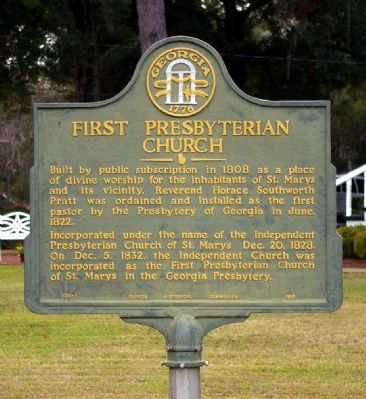 Built by public subscription as a place of divine worship for inhabitants of St. Marys and its vicinity. Reverend Horace Southworth Pratt was ordained and installed as the first pastor by the Presbytery of Georgia in June, 1822.

Topics and series. This historical marker is listed in this topic list: Churches & Religion. In addition, it is included in the Georgia Historical Society series list. 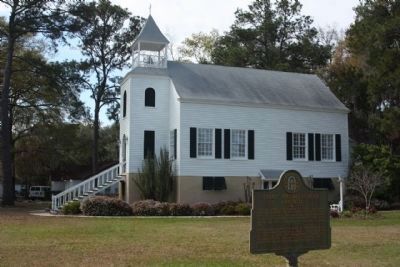 By Mike Stroud, March 10, 2013
2. First Presbyterian Church and Marker
. Marker is at or near this postal address: 100 West Conyers Street, Saint Marys GA 31558, United States of America. Touch for directions. 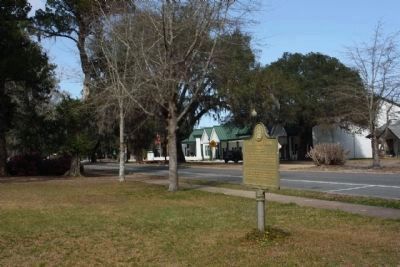