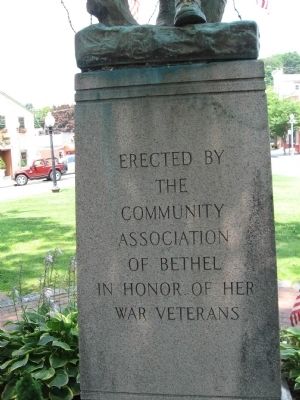 Erected 1928 by The Community Association of Bethel.

Topics and series. This monument and memorial is listed in this topic list: War, World I. In addition, it is included in the Spirit of the American Doughboy - E. M. Viquesney series list. 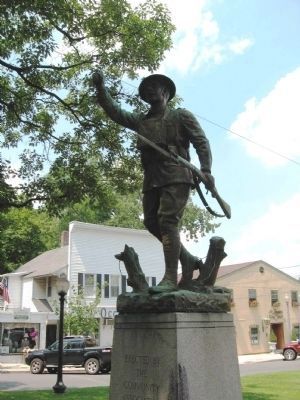 Also see . . .
1. "The History behind the Doughboy" ::. (Courtesy:: Karen Gardnerl in Emmitsburg, Maryland, Area Historical Society publication.) Originally published in 1991 this link gives a good history and other links - well worth the search and read. (Submitted on August 2, 2009, by Al Wolf of Veedersburg, Indiana.) 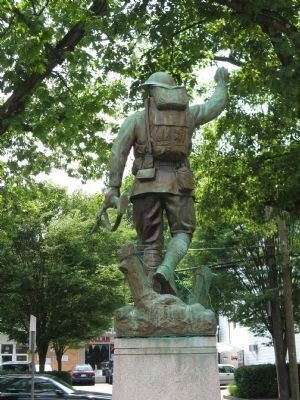 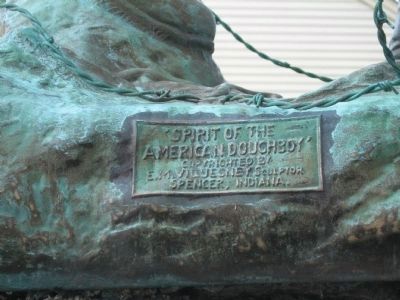