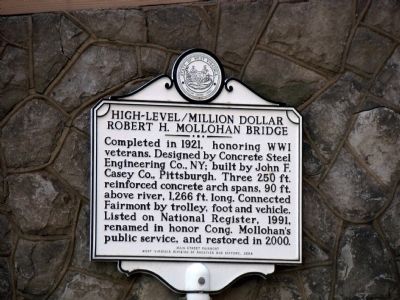 Erected 2004 by Main Street Fairmont and the West Virginia Division of Archives and History.

Topics and series. This historical marker is listed in this topic list: Bridges & Viaducts. In addition, it is included in the West Virginia Archives and History series list. A significant historical year for this entry is 1921. 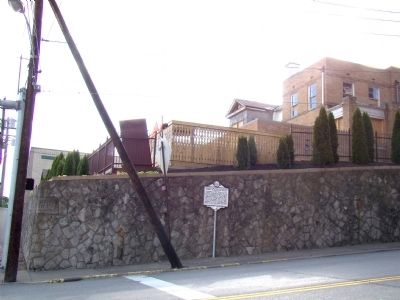 Click or scan to see
this page online
when traveling east on Jefferson Street. Marker at the sidewalk, flat against the stone retaining wall for the A. Brooks Fleming House site. Touch for map. Marker is in this post office area: Fairmont WV 26554, United States of America. Touch for directions.

Regarding High-Level / Million Dollar Robert H. Mollohan Bridge. The 1921 bridge carried the tracks of the Monongahela Valley Traction Company, an electric railway that ran the streetcar lines in Fairmont on both sides of the river and also provided interurban passenger service between Fairmont and Mannington and between Fairmont, and Weston via Clarksburg. The lampposts on the bridge were originally designed to also hold up the trolley wire that powered the streetcars. 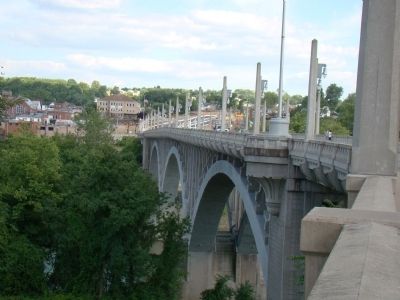 “By far the most important West Virginia interurban was this large enterprise centered in the mountainous Clarksburg-Fairmont area. The Fairmont and Clarksburg Electric Railroad Company was begun to connect the two cities (25 miles) in 1901 and reported completed in 1907. The successor Monongahela Valley Traction Company extended the main line 24 miles from Clarksburg south to Weston in 1913. Branches from Fairmont to Mannington and Fairview were built in 1910 and 1911, respectively, and the company built a large number of short branches or spurs to mines and mining communities along the main line. The company provided street railway service in both Fairmont and Clarksburg. The main line was heavily graded and capable of handling railroad equipment; the company developed a small interchange of coal in hopper cars with the railroads. 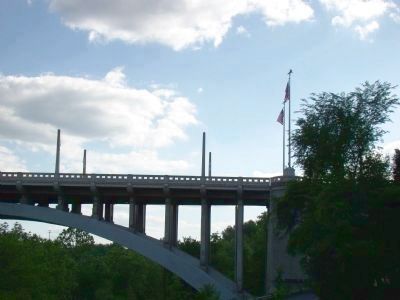 By J. J. Prats, June 23, 2009
4. Monongahela River Bridge
Flagpoles at western pier. Notice the lampposts. These are replicas of the originals, which were also used to suspend the trolley wires for the Monongahela Valley Traction Company's streetcars that crossed the bridge.
Public Service Company, indicating the growth in importance of the auxiliary power business. Monongahela West Penn was part of the extensive network of public utility properties of the American Water Works and Electric System, along with the West Penn Railways.” (Submitted on August 1, 2009.) 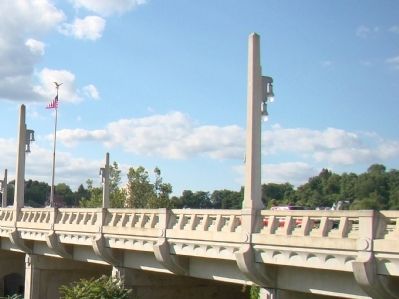 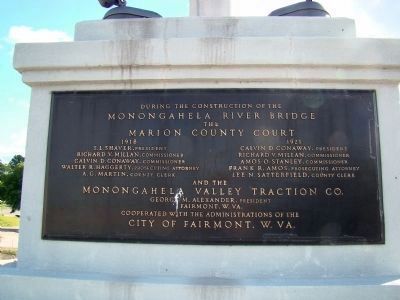