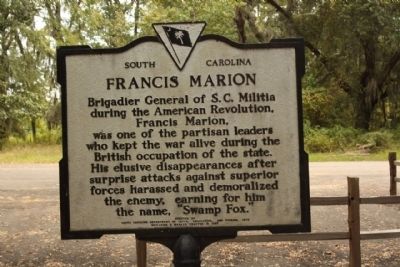 ( Front Text )
Francis Marion
Brigadier General of S.C. militia during the American Revolution, Francis Marion, was one of the partisan leaders who kept the war alive during the British occupation of the state. His elusive disappearances after surprise attacks against superior forces harassed and demoralized the enemy, earning for him the name, "Swamp Fox."

( Reverse Text )
Francis Marion's Grave
Francis Marion Died Feb. 27, 1795, in his 63rd year, and was buried here at Belle Isle Pantation, home of his brother, Gabriel. His own plantation, Pond Bluff, was 15 miles up river and is now under Lake Marion. He was born in South Carolina, the descendant of French Huguenot emigrants. The exact date and place of his birth are unknown.

Topics. This historical marker is listed in this topic list: War, US Revolutionary. A significant historical date for this entry is February 27, 1795. 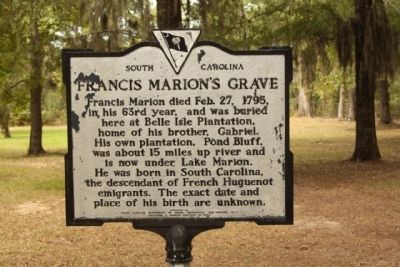 Click or scan to see
this page online
5.194′ W. Marker is in Pineville, South Carolina, in Berkeley County. Marker is on General Francis Marion Avenue, on the left when traveling north. Located 1 mile off State Road 45 at Francis Marion State Park. Touch for map. Marker is in this post office area: Saint Stephen SC 29479, United States of America. Touch for directions.

Regarding Francis Marion / Francis Marion's Grave. The tomb of General Francis Marion is located at the site of Belle Isle plantation, which belonged to his brother Gabriel. This legendary American hero, the "Swamp Fox" of the Revolution, waged a guerrilla war against the British in South Carolina, disrupting their supply lines and launching surprise raids against their detachments from his bases in the Pee Dee and Santee swamps. (SC State Parks) 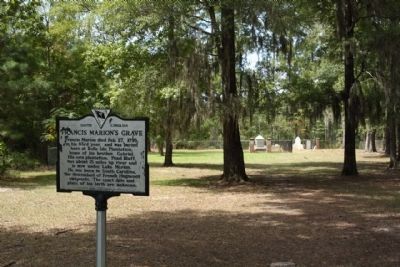 By Mike Stroud, September 15, 2009
3. Francis Marion / Francis Marion's Grave Marker
. Due to his irregular methods of warfare, he is considered one of the fathers of modern guerrilla warfare, and is credited in the lineage of the United States Army Rangers. (Submitted on September 18, 2009, by Mike Stroud of Bluffton, South Carolina.)

2. Francis "The Swamp Fox" Marion. Upon the outbreak of hostilities against the British, he was made a Captain in the 2nd South Carolina Regiment. (Submitted on September 18, 2009, by Mike Stroud of Bluffton, South Carolina.) 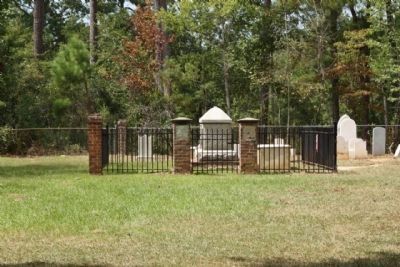 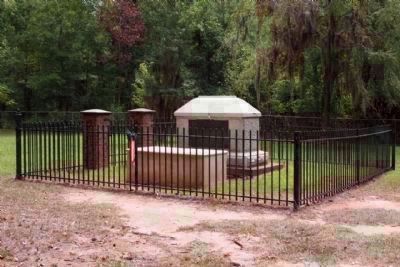 By Mike Stroud, September 15, 2009
5. Tomb of Francis Marion
General Francis Marion, d/27 Feb.1795 in 73rd year
"To preserve to posterity this Burial place of on honored son replaces the crumbling and broken tomb nearly a century old with this enduring memorial cut from her own granite hills esto perpetua.
Sacred to the memory of Gen. Francis Marion who departed this life on the 27th February 1795, in the sixty-third year of his age. Deeply regretted by all his fellow-citizens. History will record his worth and rising generations embalm his memory as one of the most distinguished patriots and heroes of the American Revolution which elevated his native Country to honor and independence and secured to her the blessings of Liberty and Peace. This tribute of veneration and gratitude is erected in commemoration of the noble and gallant exploits of the soldier who lived without fear and died without reproach." 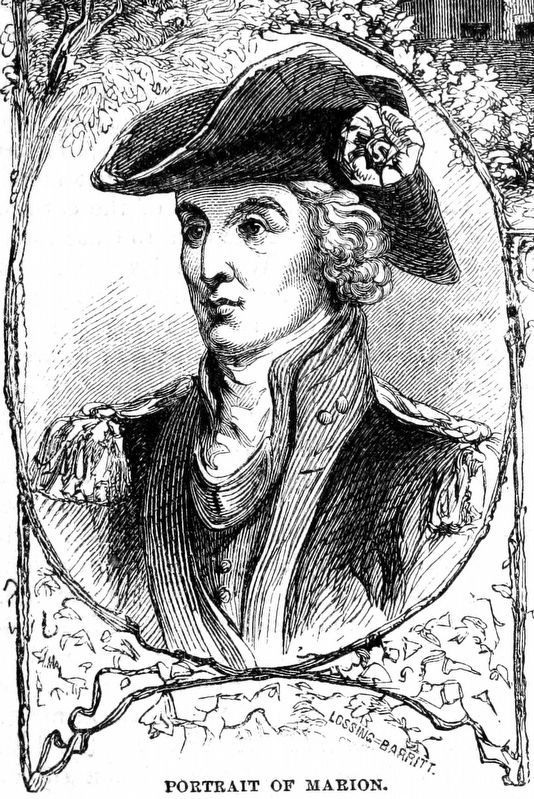 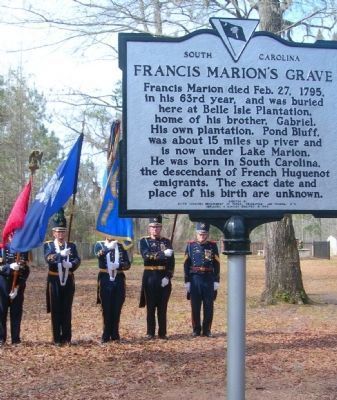 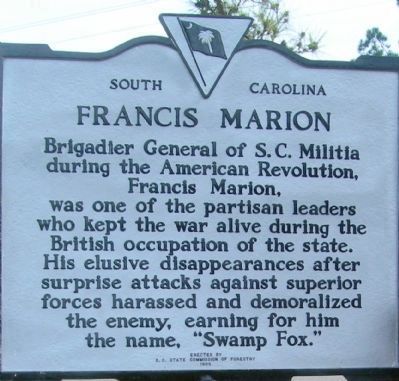 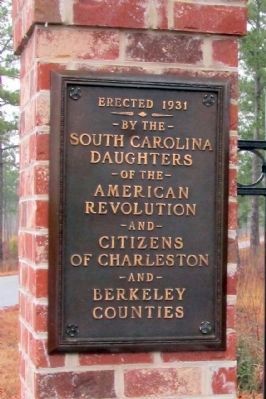 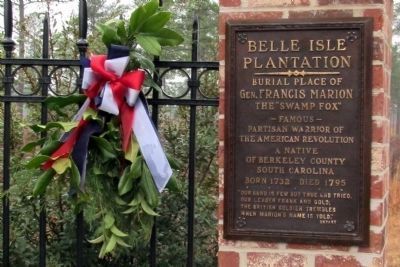 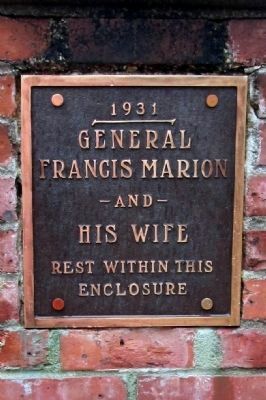 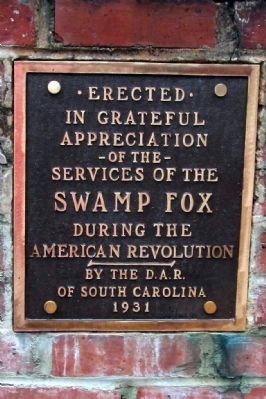 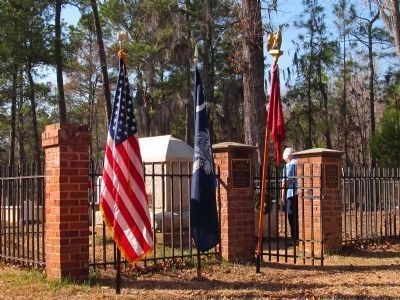 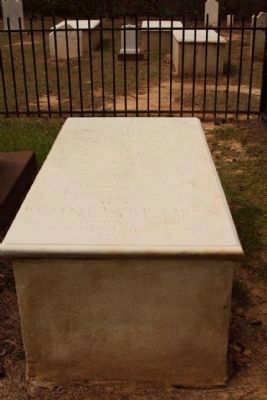