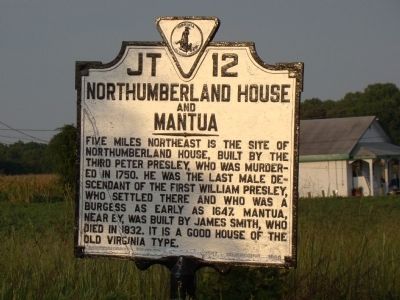 Five miles northeast is the site of Northumberland House, built by the third Peter Presley, who was murdered in 1750. He was the last male descendant of the first William Presley, who settled there and who was a Burgess as early as 1647. Mantua, near by, was built by James Smith, who died in 1832. It is a good house of the Old Virginia type.

Topics. This historical marker is listed in these topic lists: Notable Buildings • Notable Places. A significant historical year for this entry is 1750.

Other nearby markers. At least 8 other markers are within 4 miles of this marker, measured as the crow flies. Northumberland Academy (approx. 0.8 miles away); Northumberland County Confederate Monument 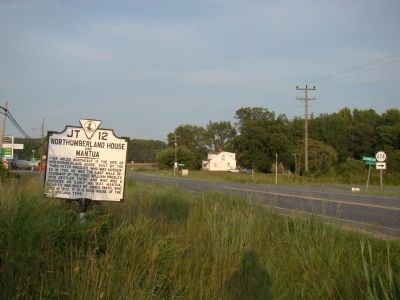 Editor’s want-list for this marker. Photos of Mantua and the site of Northumberland House • Can you help?
Share This Page.