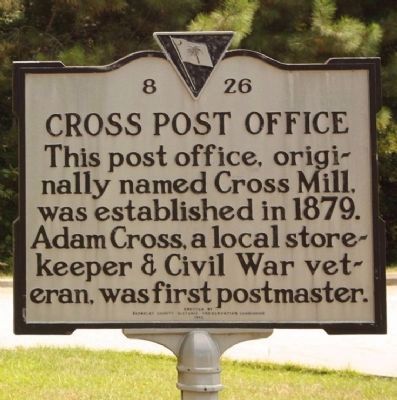 Topics and series. This historical marker is listed in this topic list: Government & Politics. In addition, it is included in the Postal Mail and Philately 📭 series list.

Location. 33° 19.795′ N, 80° 9.19′ W. Marker is in Cross, South Carolina, in Berkeley County. Marker is on Ranger Drive (State Highway 6), on the left when traveling south. Located just south of Longpoint Drive. Touch for map. Marker is in this post office area: Cross SC 29436, United States of America. Touch for directions. 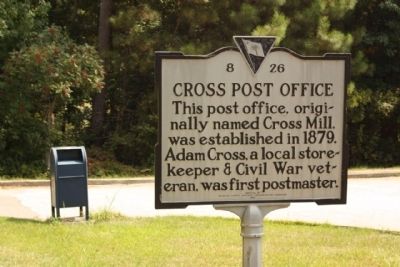 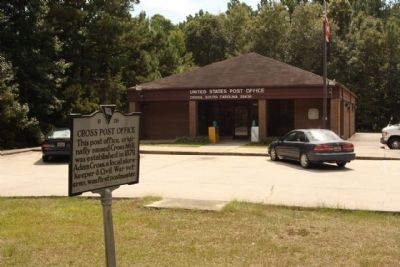 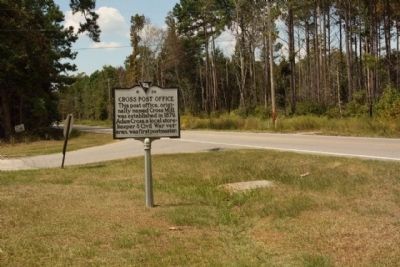