The Mary Ann Forge and Furnace 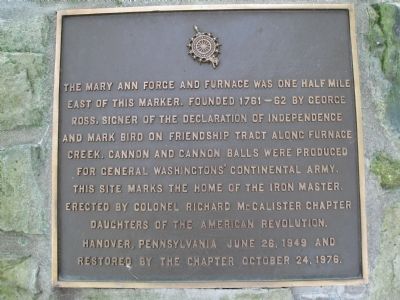 The Mary Ann Forge and Furnace was one half mile east of this marker. Founded 1761-62 by George Ross, Signer of the Declaration of Independence and Mark Bird on Friendship Tract along Furnace Creek, cannon and cannon balls were produced for General Washington’s Continental Army. This site marks the home of the iron master. Erected by Colonel Richard McCalister Chapter Daughters of the American Revolution, Hanover, Pennsylvania, June 26, 1949 and restored by the chapter October 24, 1976.

Topics and series. This historical marker is listed in this topic list: War, US Revolutionary. In addition, it is included in the Daughters of the American Revolution series list. 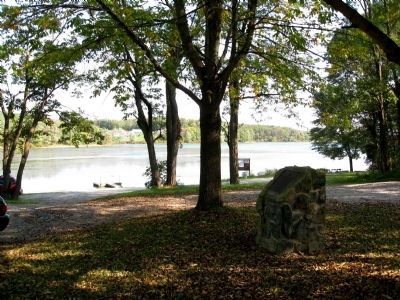