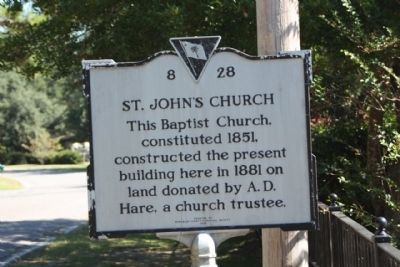 By Mike Stroud, 2009
1. St John's Church Marker
Inscription.
St. John's Church. . This baptist Church, constituted 1851, constructed the present building here in 1881 on land donated by A.D. Hare, a church trustee. . This historical marker was erected in 1993 by Berkeley County Society. It is in Pinopolis in Berkeley County South Carolina

This baptist Church, constituted 1851, constructed the present building here in 1881 on land donated by A.D. Hare, a church trustee.

Location. 33° 12.662′ N, 80° 2.625′ W. Marker is in Pinopolis, South Carolina, in Berkeley County. Marker is on Sugar Hill Drive (State Highway 8-5) near West Duke Road, on the right when traveling north. Touch for map. Marker is in this post office area: Pinopolis SC 29469, United States of America. Touch for directions. 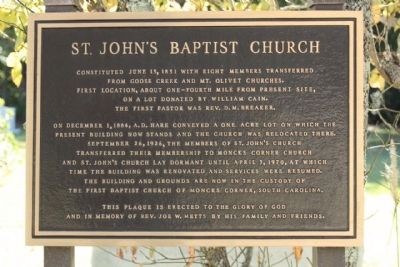 By Mike Stroud, September 29, 2009
2. The St. John's Baptist Church
Constitutued June 15, 1851 with eight members transferred from Goose Creek and Mt. Olivet Churches. The first location was about one-fourth mile from present site, on a lot donated by William Cain. The first pastor was Reverend D.M. Breaker.
On December 1, 1884, A.D. Hare conveyed a one acre lot on which the present building now stands and the church was relocated there. September 26, 1926, the members of St. John's Church transferred their membership to Moncks Corner Church and St. John's Church lay dormant until April 5, 1970, at which time the building was renovated and services were resumed. The building and grounds are now in the custody of The First Baptist Church of Moncks Corner, South Carolina.
This plaque is erected to the Glory of God and in the Memory of Rev. Joe W. Metts by his family and friends.
3.1 miles away); Old Moncks Corner (approx. 3.2 miles away); First Site of Moncks Corner (approx. 3.2 miles away). 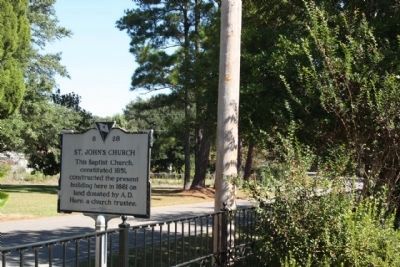 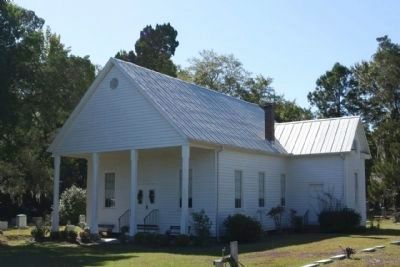 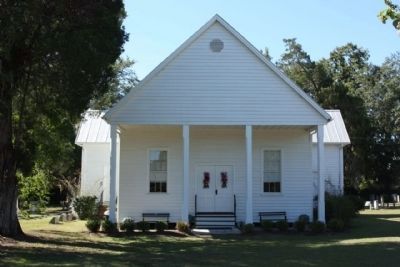 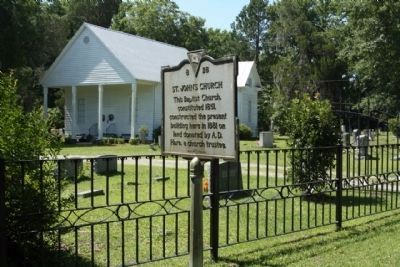 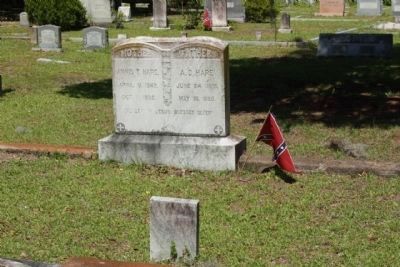 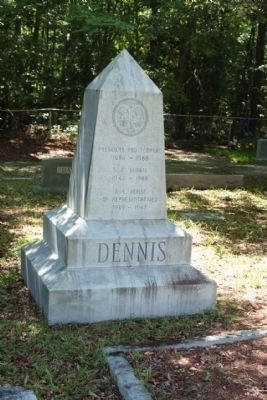